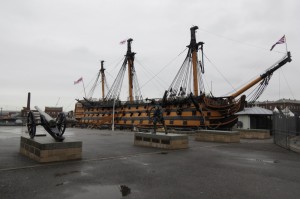 Welcome to HMS Victory, launched in 1765 and famous as the place where Lord Nelson died during the Battle of Trafalgar in 1805.

This battle is commemorated in Trafalgar Square in London where Nelson’s Column still stands. 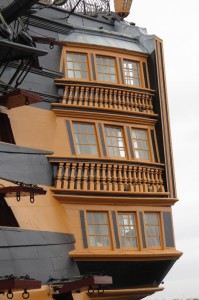 The Captain’s Cabin is to the stern.

HMS Victory is still owned by the Royal Navy, so hypothetically she could still be called into action.

(If the Government keep continuing with their cut backs to the military, this may be a possibility!! LOL) 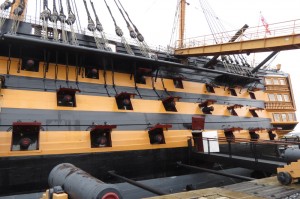 A triple layer of guns to the port (left) and to the starboard (right) as you face the prow (front).

The heaviest and biggest cannon were at the bottom, and the lighter ones with smaller shot were at the top.

This helped balance the ship. 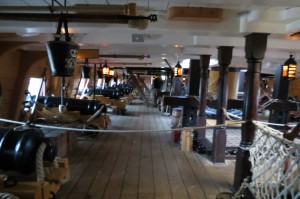 Inside on the Lower Gun Deck.

Just imagine how hot and noisy it would be with the smoke and noise from the cannon and crowded with men.

The Great Cabin however was a much more spacious place where officers could sit and plan campaigns.

A lot of the original furniture is in the museum at the Historic Dockyard as this room can be hired out for functions. 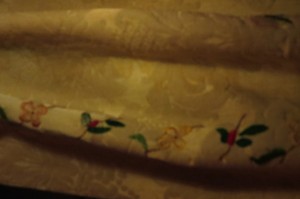 Nelson’s replica cot however was on board. The embroidery was originally by his mistress Lady Emma Hamilton. 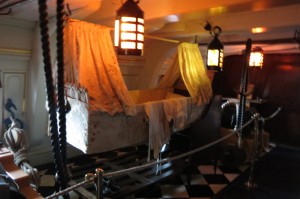 The light wasn’t good and flash photography wasn’t allowed but there are better pics here. 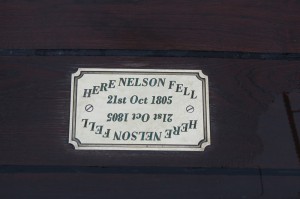 Nelson was shot through the spine on the Orlop Deck. 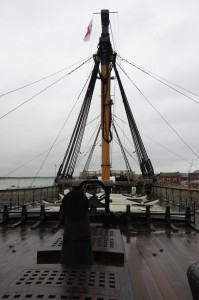 From the spot looking towards the stern. 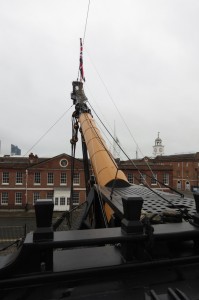 View from the prow. 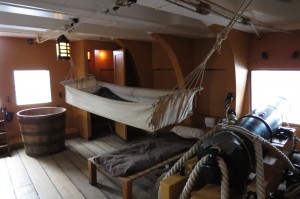 This is how most of the sailors slept- between the guns in cots and beds. 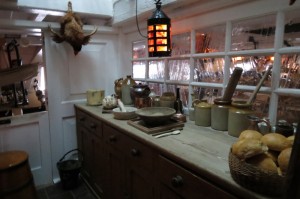 The ship’s galley where food was prepared 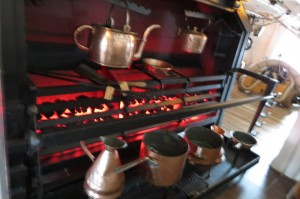 and cooked on the huge range. 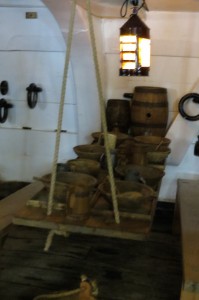 The men ate between the guns on tables like this one which could be raised out of the way during battle. 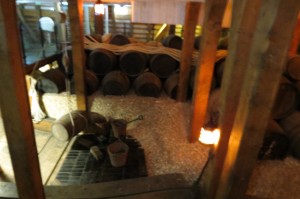 The bilge (bottom) of the ship was filled with ballast to keep her weighted properly.

It was also where the barrels of rum were kept which was part of the men’s wages on a daily allowance.

As you can imagine this area got foul smelling over a long journey with some food going off and all sorts seeping through from the other decks of the ship. No wonder it had a layer of sawdust! 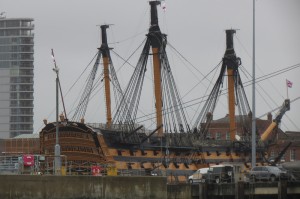 So there you go a little trip inside HMS Victory. 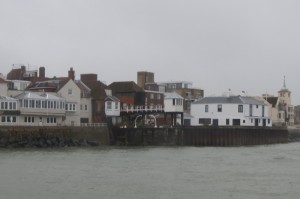 She sailed when Spice Island was a thriving exciting place offloading cargo from the 4 corners of the world. 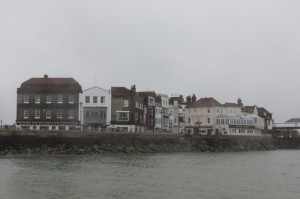 Now it is just a fascinating place to explore with delicious food on offer.

I have hope that Spring will come: 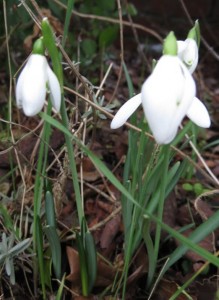 Snowdrops in the garden. 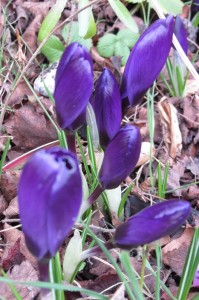 The purple satin texture of the crocus flower.

There is a theme of red white and blue to February this year. 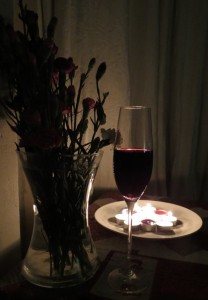 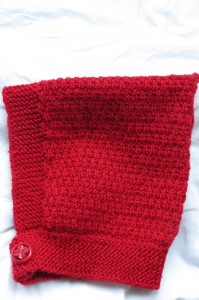 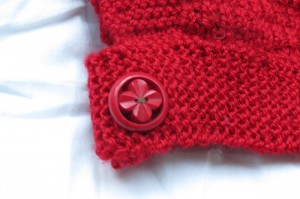 With 2 vintage red buttons to fasten under the chin. 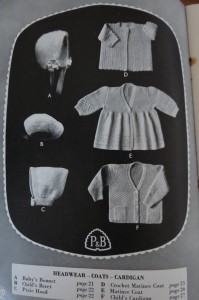 It came from this very old book which I keep coming back to.

I’d like to eventually make most of what is in it.

Talking of which,  a friend’s baby girl Catherine, 3lbs 11oz, 7 weeks premature due to pre-eclampsia, was born today.

Does anyone have any links to good free preemie knitting patterns? 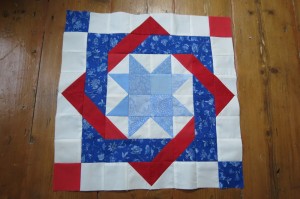 I have made the 1st Atlantic Link block finally. Only 19 more to make. 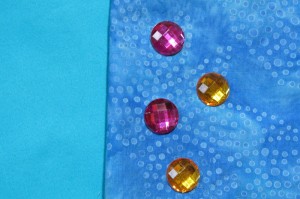 I had a dream where there was a blue journal cover with yellow and pink faceted stones.

It was magical, so of course I have to try and make it for real. 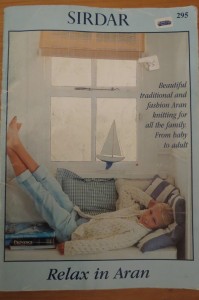 I’m currently making from this book. 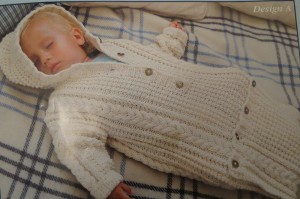 It will be this baby bag. 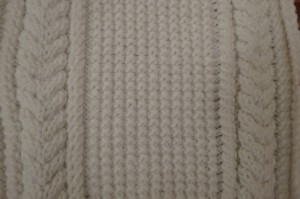 Work so far on the back in white aran “Baby Softspun” by Teddy yarns.

It is a good thick aran so ideal for the project. I really dislike wimpy thin arans which are more like DK.

I only began it as I had run out of DMC 115 to finish the hand sewing of the Greyhound Quilt below. 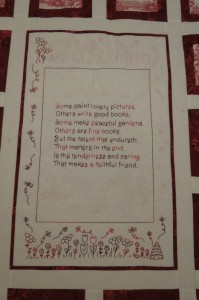 The thread arrived this morning, so guess what I am going to do this evening?


Posted in Crafts, Travels by House Elf with 9 comments.