Feb
12thMary Rose and Love is in the air- (as well as rain!) 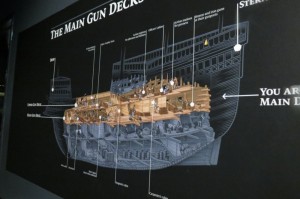 Welcome to the “Mary Rose” exhibition at Portsmouth’s Historic Dockyard.

We can walk at the same levels as the ship with the artefacts on the other side of us, in the same locations they were found in. 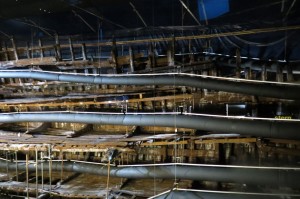 The tubes are still in place which have been spraying the timbers with preservative since she was raised from the seabed in the Solent in 1982. 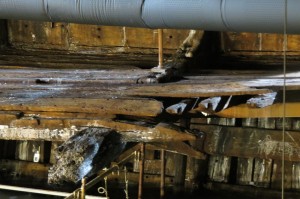 I remember it being shown on television where they had built a metal cradle for the job.

She was on her side in the sand, so that part had been protected but the upper half had rotted away. 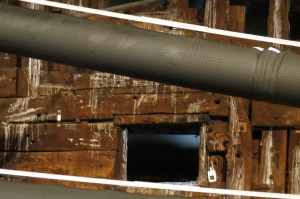 The rumour is that she sank while being heavily laden because the gun ports were left open. 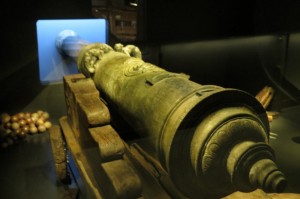 One of the cannons shown in the position it was found in. 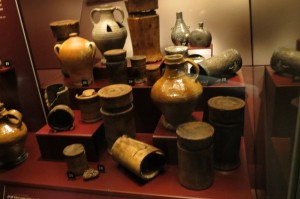 At the end of each deck walk is a museum room displaying the smaller items. 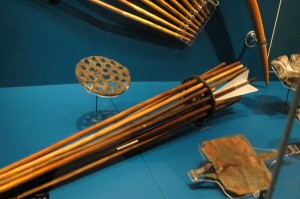 Arrows in a holder with the original one. 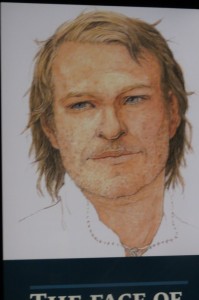 Very few of the 400 crew’s skeletons were found, (+ 300 soldiers) but of the 92 fairly complete skeletons, they have reconstructed 5 of the faces. 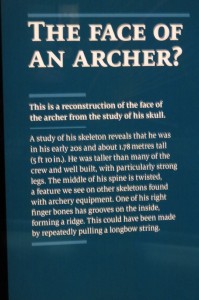 Click to read why they think he was an archer. 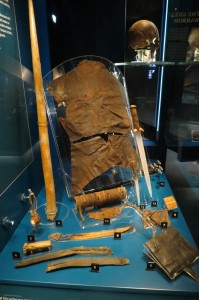 Leather artefacts belonging to the archer were preserved in the airless silt. 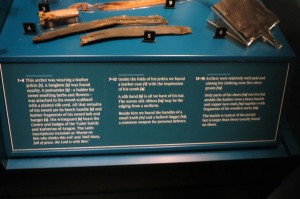 I took over 200 photographs of the fascinating exhibition, so this is just a little taste.

You can read more about the ship  here. 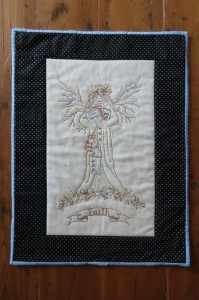 The Winter Angel is now up on the wall. 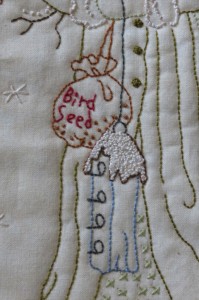 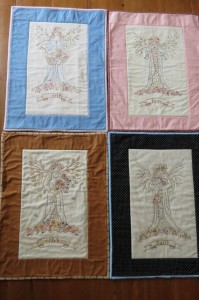 She is the last of the Crab-Apple Hill Gardiner’s Angels. 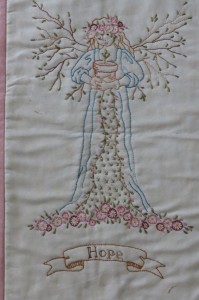 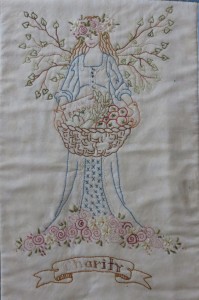 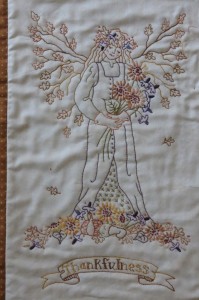 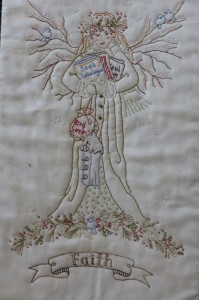 It feels good to have that project done.

I bought them from the Birmingham Quilt Show in 2012 to do throughout 2013. I only just missed my self imposed deadline.

Some of you have asked where I found a twit proof tutorial for the African Violet crochet pattern I shared last time.

I made up the triangles myself by eye with trebles. 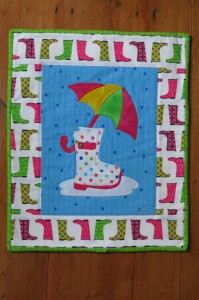 The Art to Heart Door Decor made at half size so I could use that rainbow dot fabric for the wellies is also done and up.

It is dated to commemorate  the wettest January since records began in England.

Stretches of the River Thames I have known through sailing and walking are now flooding neighbouring villages.

A lot of people are blaming the penny pinching Environment Agency for the scale of the flooding because they haven’t been dredging the rivers in spite of locals asking them to. I just hope that those worse affected get the help they need quickly and insurance companies don’t make things even harder for them. Surely developers and councils will wake up now to the dangers of building on flood plains?

If you’d like to help the farmers and want more info on how the farming community is helping one another feed flooded out animals then go here: 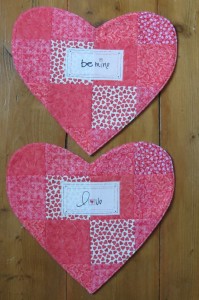 It’s Valentine’s Day on the 14th, so I borrowed some time by waking very early and made these mats for hubby. 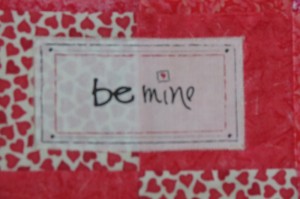 The pattern came from Simone complete with these labels. 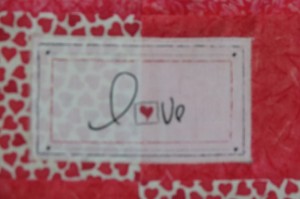 We will be eating in on the day so we’ll use the mats then. 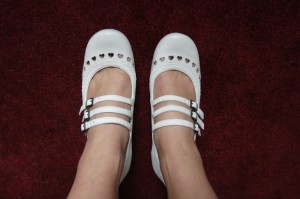 While on the love theme, I have to share the ebay shoes which just arrived. 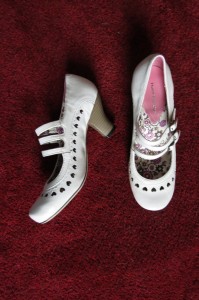 I first saw these over a year ago, when in Liverpool exchanging daughter’s shoes which had fallen apart within a month.

I even went so far as to try the display one on. It felt wonderfully comfy and I was a queen!

Sadly the price would’ve made me a pauper. I took it off. 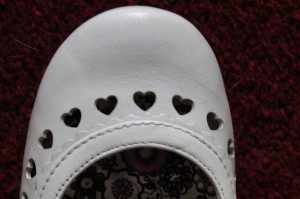 Then this week I saw the very same shoes on ebay while looking for a sensible pair for Spring (if it ever gets here) at a third of the price!

Well I couldn’t refuse could I, not with the hearts on and it being Valentine’s Day soon. (Excuses excuses!) 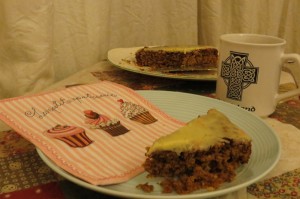 Time for a celebratory slice of home made carrot cake with an orange glace icing instead of cream cheese (didn’t have any in the fridge) and a cup of tea.  Today I am a queen even though I have an assignment to finish off for tomorrow.

Will catch up with you all after that.

What Valentine’s preparations are you doing?

Sylvia (opens in new tab) is looking for someone to host the Craft Olympics 2014. It is just a matter of making some rules and having a side bar where you can log the blog posts where people are sharing what they have made according to your rules.

You can make it as hard or as easy as you like. Get in touch with her if you would like to know more.


Posted in Crafts, Travels by House Elf with 6 comments.