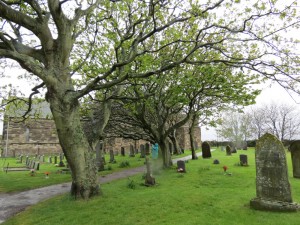 On the far side of the village (on the south of Holy Island) is the site of the Anglo Saxon monastery.

There is now a Norman priory on the site. 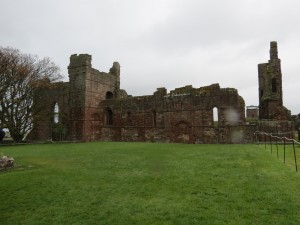 You’ve all heard of the Lindisfarne Gospels 700 AD. They were created here.

You can turn the pages on this site. Aren’t the illustrations amazing! 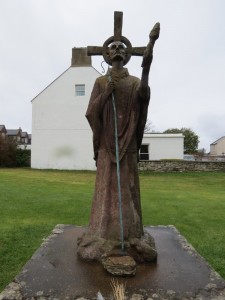 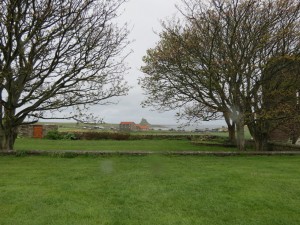 View of Lindisfarne Harbour from the priory. 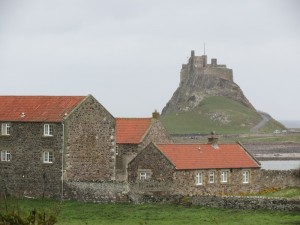 Lindisfarne Castle. What an amazing defensive site! It needed to be as this area was often the scene of Scots and Viking raids. 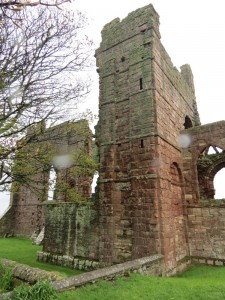 But let us look at the priory ruins. 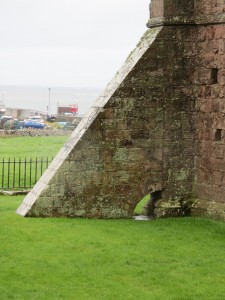 Not quite a flying buttress. This dates from 1150AD. To put it into context, it was being finished as Notre Dame in Paris was starting to be built, which had proper flying buttresses added for support. 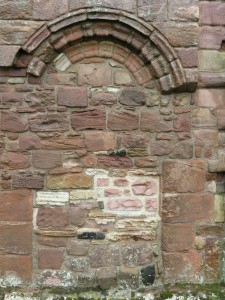 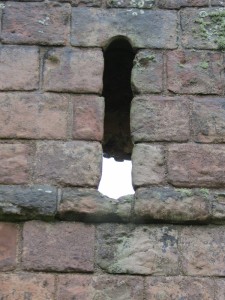 These arrow slits were added high on the towers in the 1300s AD to help protect the priory against the Scots during the wars I mentioned in my previous blog post.

Later arrow slits had a cross shape so you could follow your enemy with your weapon across a wider area. 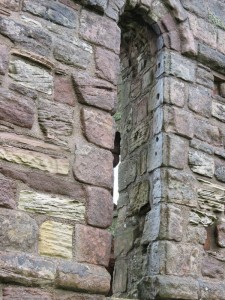 The holes at the side of this window are for the iron bars which support a leaded window. 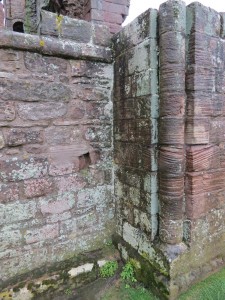 Pillar decoration carved into the corner stones. This is a big departure from Anglo Saxon architecture which had long and short quoin stones in the corners like you see at St Michael’s Tower in Oxford also from 1050AD. 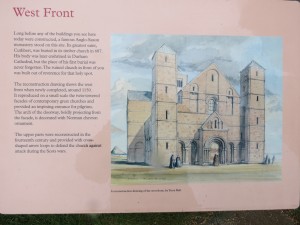 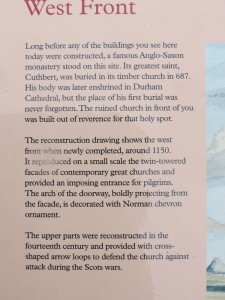 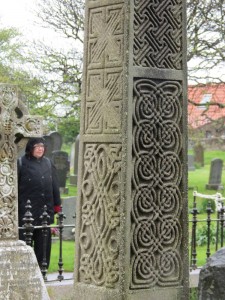 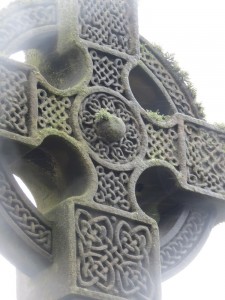 I thought this photo would make an excellent card design. 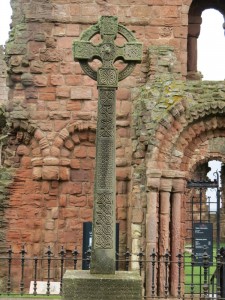 The cross stands just outside the main entrance to the priory. 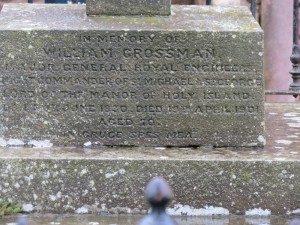 Lord of the Manor of Holy Island 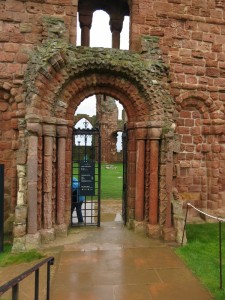 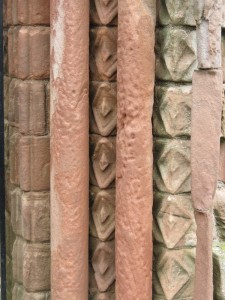 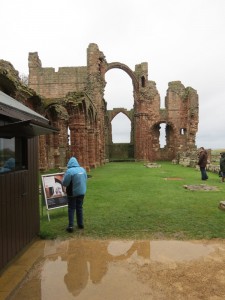 At this time the Christian church was led world wide from Rome, so churches were built in what was thought to be a Christian form of architecture with rounded arches which is the style of the 1st Christians from ancient Rome.  This was later to change in favour of the Gothic which allowed for wider spaces to be traversed with cross vaulting on taller and narrower pillars. 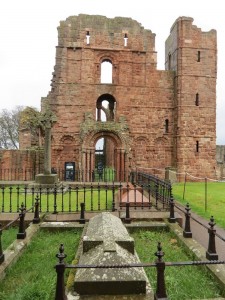 This in turn led to churches being built taller and more awe inspiring than previously. 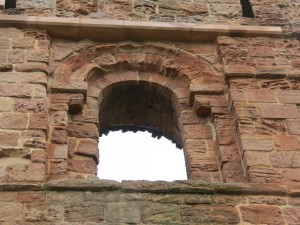 Close up of rounded arch window. 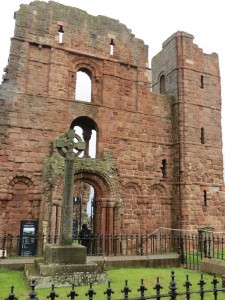 So as you can see what is left of the priory (stones went to the castle) is a product of its time, designed to impress and also stamp the area with the new Norman ownership, not just militarily, but also religiously. 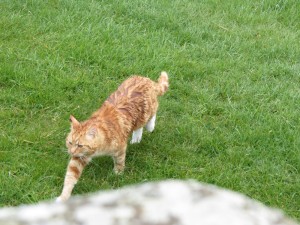 This soaked cat made me think of Tracy’s Charlie. 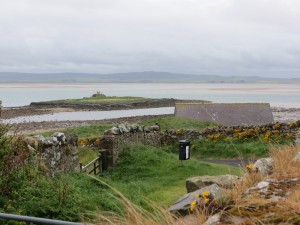 This site is ideal for a religious order as it is separated from secular life. You can see the mainland and get supplies which you can’t grow, but the causeway means you are living a separate life dedicated to God.

View of the Northumbrian mainland above. 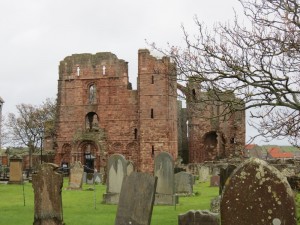 It is still a Christian site today. The graveyard links the priory with the newer St Marys Church. 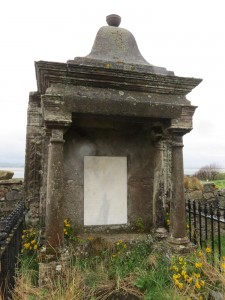 I will show you around there next time. 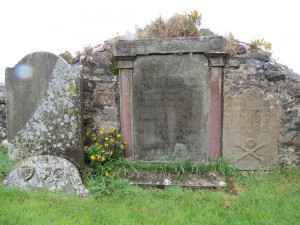 The gravestones are so varied. 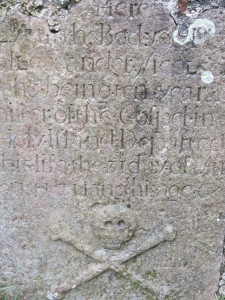 A skull and cross bones wasn’t necessarily a pirate symbol. 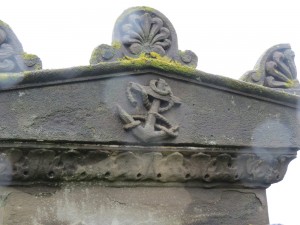 Reminders of the sea are never far away.


Posted in Travels by House Elf with 4 comments.