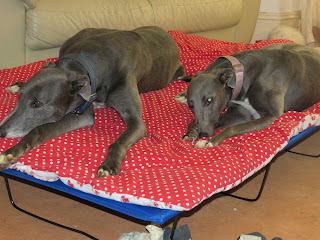 Bungle and Squeak showing the greyhound adage “if you lay it they will come.” We bought a couple of camp beds on the 1st June to see if they would suit my back for a camping trip. 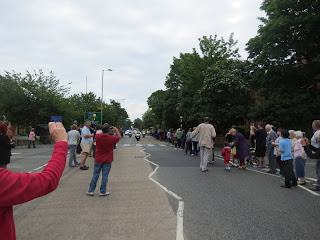 First though I stood in the middle of the road to watch this: 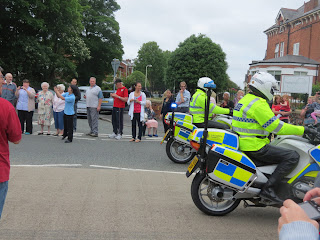 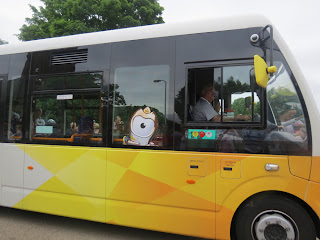 I think the bus had some of our athletes in. 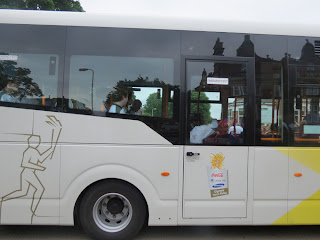 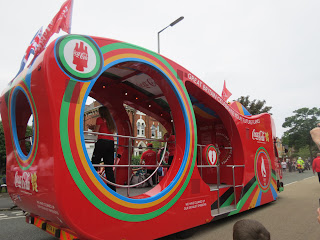 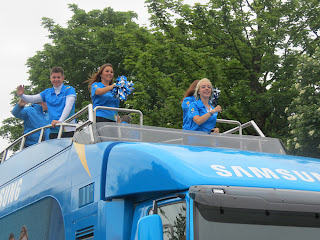 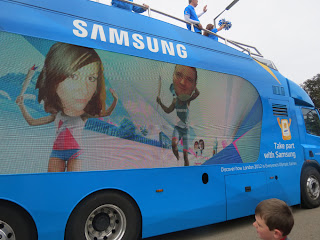 And the biggest TV screen ever on the side of the Samsung lorry. 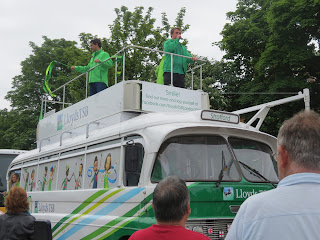 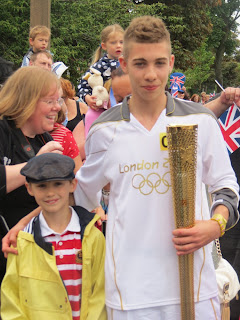 This torch bearer was waiting his turn. 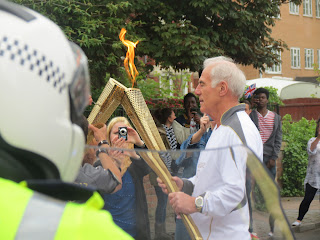 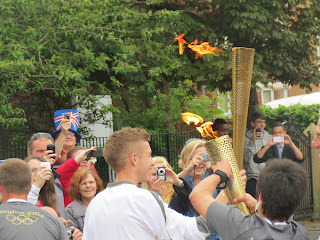 Briefly there were 2 Olympic torches ablaze.
We finished packing the car and headed off to the Lakes. 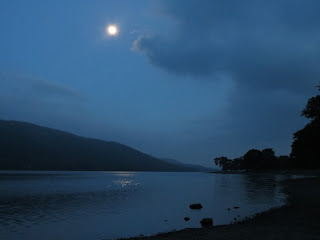 Just look at the light of the midnight moon that night. 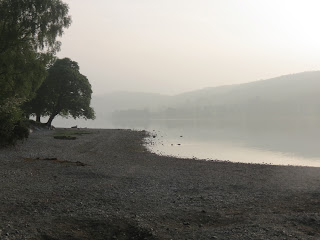 And the lack of sunlight in the misty morning which greeted us. 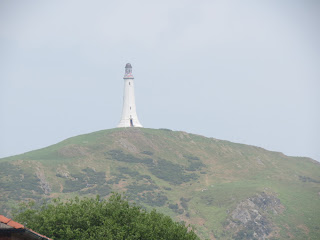 We drove to Barrow in Furness one day. This lighthouse (The Hoad Monument) was by Ulverston. 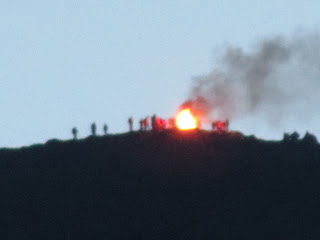 Sorry about the blur in this pic is is at 140x zoom- the limit of my camera. It is of a beacon fire to celebrate the Jubillee on the summit of Coniston Old Man mountain. It was part of a series of celebratory beacons all over the country.  Back in Oxford there was a beacon at the top of Magdalen Tower where the choir sing on May morning (shared before with you). 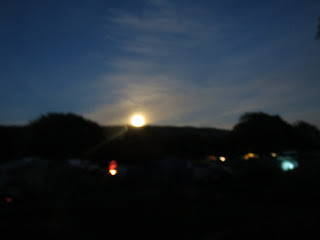 Moon rising over the campsite. 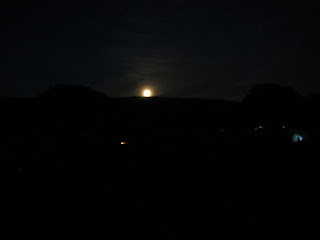 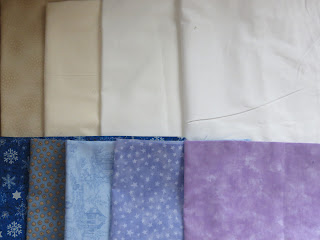 I bought these fabrics in Barrow in Furness from this shop. I was all out of white fabric- I’d started eyeing up pillowcases and wondering about their cotton content. 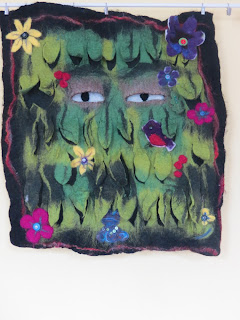 Now we are back I could collect “Old Man of the Forest” from a local gallery. It is a felt wallhanging by a lady called Linda Moss. I found it so inspiring.  There is an interview with her on this blog. She like me sees faces in trees. I spoke to her briefly on the phone in the gallery. 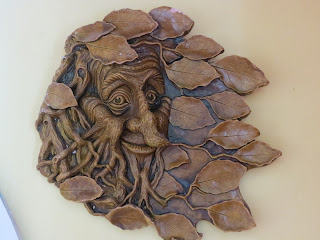 I think he will be in good company in the craft room. I couldn’t bear to put this plaster tree man away while we are trying to sell. 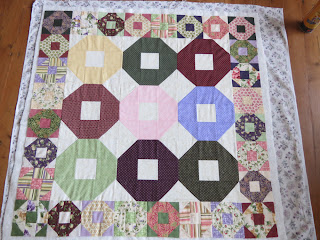 This is hot off the sewing machine- Stephanie of Loft Creations’ Wringer Washer Quilt. 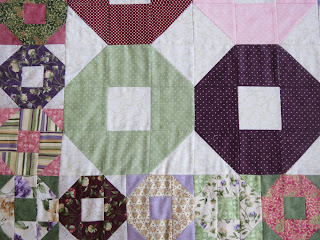 The little circles were made with Contemporary Cottage by Georgia Jennerett for Red Rooster Fabrics. I had some 1/16th (9″x11″) which made either 2 backgrounds or 2 circles each. 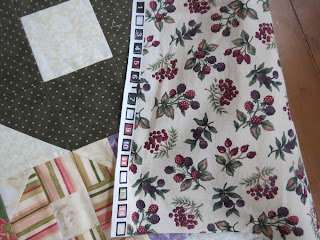 The background will be a Cranston Village print. 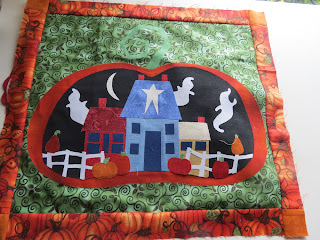 Haunted Town is all bonded ready to sew in my spare spare time.
Finally I leave with a pic of my new spatula and icing knife- aren’t they perfect with my mixing bowl!
Time to catch up with all of you now. 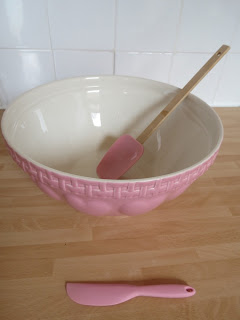 Posted in Uncategorized by House Elf with 7 comments.