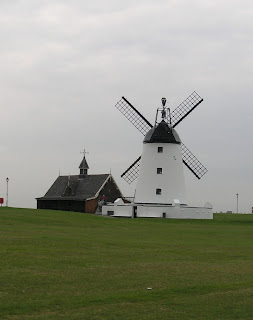 Welcome to Lytham St Annes. Above Lytham Windmill taken on the 23rd August. 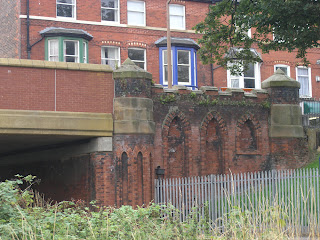 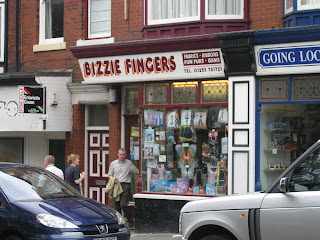 I popped into Bizzie Fingers- what a little gem of a shop with many FQs pre-cut so I didn’t feel I was imposing by asking for a lot of bolts to be cut. After hearing of Moda’s price increase from £10/m going up to £15/m next year, I am buying what I can while I can afford to. 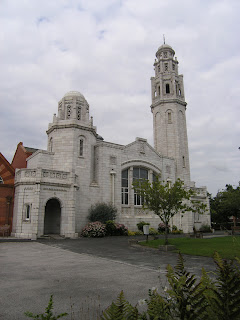 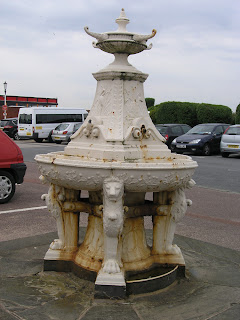 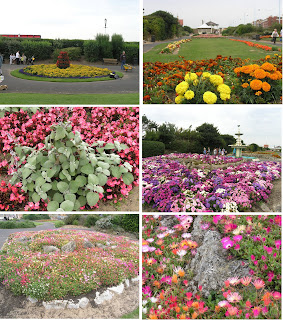 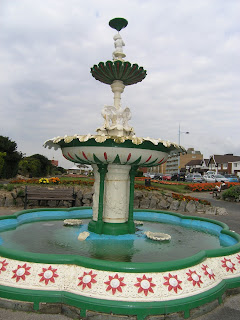 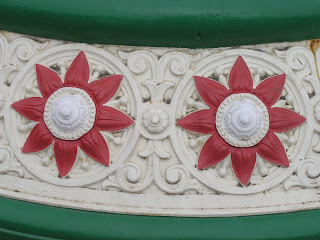 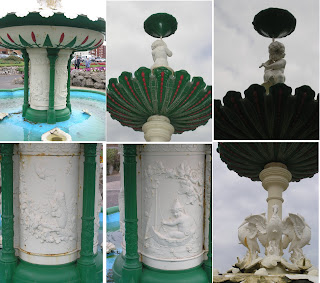 Have some closer looks- click to enlarge. The elf is so cute! Lovely squirrel too. Anyone else thinking dresdens? 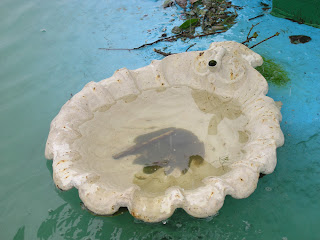 Normally water would be flowing from these clamshells. 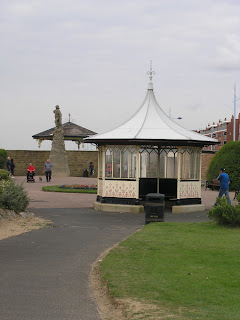 The gardens were fun to wander around. 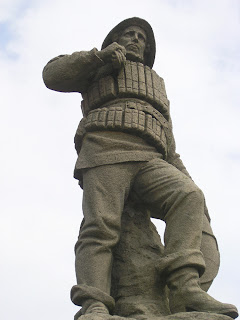 But there was also a serious note- the monument to the St Annes lifeboat men “Laura Janet” who lost their lives on the 9th December 1886 trying to rescue the crew from the German barque “Mexico” which was wrecked just off Southport. I have shown you the monument in the graveyard near here to the Southport Lifeboat men “Eliza Fernley” but there is a photo of it also in this link which explains the full tragedy of that night. 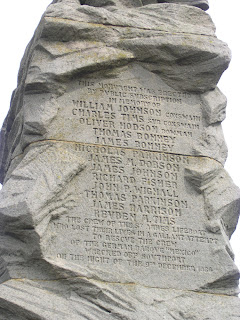 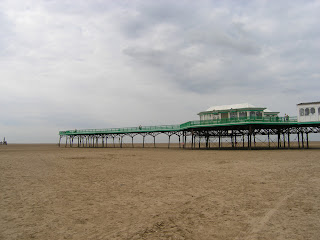 These days it looks a lot like Southport- a Victorian Pier with loads of sand. 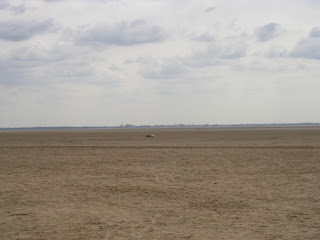 There is no bridge linking the area but you can see Southport in the distance. Many tourists try to walk from one to the other not realising that the River Ribble is between them. They often get stuck in the waterlogged sand/mud and need rescuing. The “Mexico” hit one of the sandbanks out there in dreadful weather. 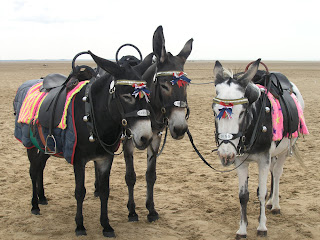 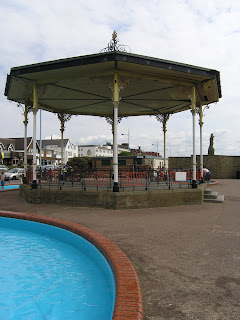 or a bandstand where music plays while you eat icecream. 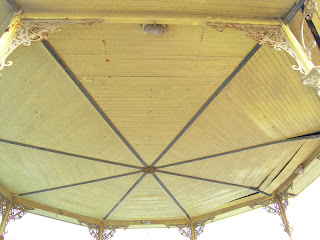 I thought of strip blocks making octagons when I looked up at it’s ceiling. 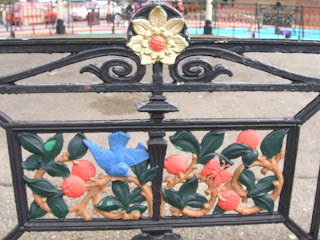 Such a sweet bluebird. 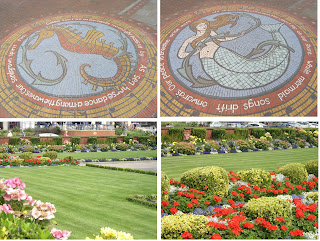 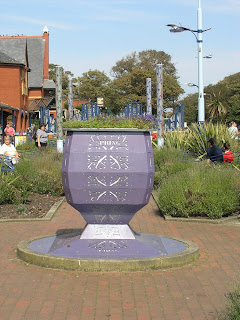 This area was laid out formally 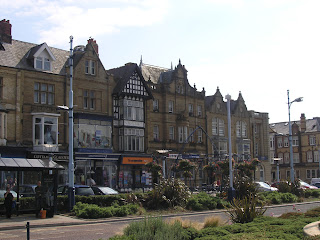 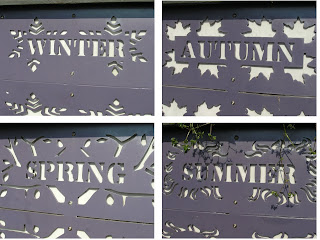 The big planters were themed. Love it! 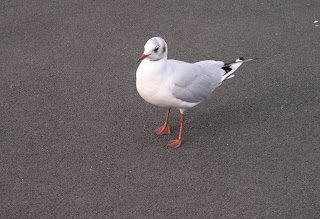 Gulls were more than happy to share our sandwiches. 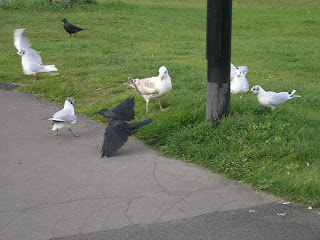 In the evening we bought fish and chips for a treat. A corvid helped with the leftovers. 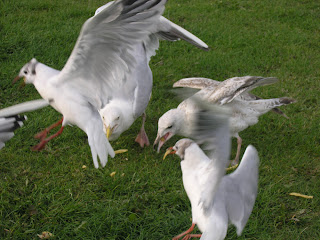 I like to think we paid the birds for their photos with food. They were very co-operative. 🙂 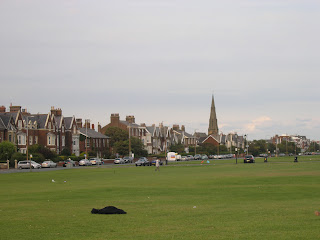 Lytham- once a separate village but it is hard to see where St Annes’s begins and Lytham ends. 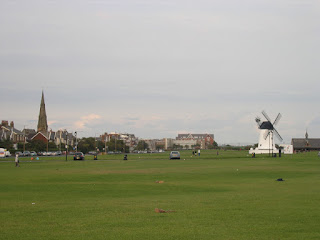 The green overlooks the Ribble estuary which is a great habitat for wading birds. There was once talk of linking Southport with Lytham with a hovercraft, but it was felt that it would disturb the birds too much so permission was refused. So now we go all the way around via Preston to go home. 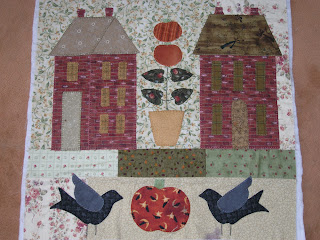 Autumn House 5 of 9 is now finished. A lot of the little background pieces were from the scrap bags rather than stash. I think I am learning to be more economical with my fabric.

So hello September probably my fav month of the year for the colours it brings- and nuts and berries but still has blue skies.. It was always the start of the new school year, new uniforms and shoes, unused books of clean white pages, so full of possibilities. For me September is the time of change and fresh starts  more than January. This year will see Daughter off to uni 4.5 hours away and Son start his last year of GCSEs. It’s good to embrace change rather than fear it. Who knows what this next year will bring? Maybe we will be able to move house finally when Son has sat his final GCSE exams? Maybe our lives will go off in a whole new direction?

What is your favourite season and why?


Posted in Uncategorized by House Elf with 9 comments.