Jun
20thMakings- out, and delightfully received 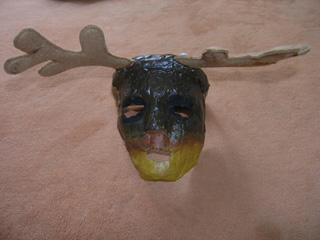 As requested, Son’s mask. Spirit of the deer. 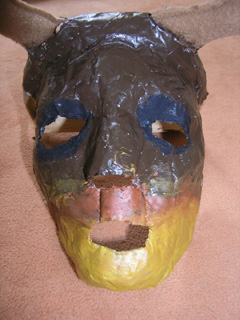 He might be doing more to it in school but that is as far as I can photograph it’s progress here.

A shield beetle arrived in the kitchen. I recognised it from seeing one once on my mother’s roses a few years ago.

The new bed arrived! I can now climb into bed rather than camp out on a couple of mattresses on the floor. Boy do I feel grand! 🙂

Bed knobs straight out of “Bedknobs and Broomsticks” they even screw in like on the film.

I would like to now say a big thank you to a lot of people for the things they have sent. They have been bright points in an otherwise dark week. I wrote way back that my husband had problems with his estranged parents. He is also having health problems for which more tests are happening.

Due to his father being diagnosed with a terminal illness, these past couple of months he has received emails, letters, phone calls, and a message via a perfect stranger all pressing him to conform to his mother’s wishes. Yesterday 5 phone calls were logged but no messages left, from various people whom my Mother In Law recruited rather like the Wicked Witch used the flying monkeys in the Wizard of Oz. I have no doubt that each of these people are acting in good faith however taken together they add up to harassment. My Mother in law cannot accept that due to decades of bad behaviour he wants nothing more to do with them. It wasn’t a decision he took lightly.

The final straw came yesterday afternoon when a cousin parked blocking the driveway for 3 hours ringing repeatedly at the door. My daughter now home until A’ levels got scared by this. She was even accosted by the cousin when leaving the house with her friend. LH involved the police and called me at class. Lovely Husband couldn’t even drive to pick me up from class so a wonderful friend gave me a lift home early. The cousin left before the police arrived but we spoke to them at length about what had been happening for the last 3 1/2 years on and off. They were very sympathetic and said to not hesitate to call quoting the incident number of last night if we needed their help again. The police were total gentlemen about it all.

Anyway this sort of behaviour is why we are wanting to leave the area. Sorry that I haven’t popped in on you -it’s been a task dealing with all this. 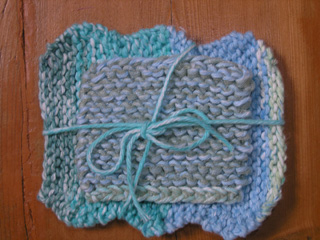 I would now like to say big “thank yous” to the following ladies who have made this week so much lighter on our spirits. Karen from Messy Karen knitted the beautiful set above- one is a scourer for pots and the other a wavy wiper. Don’t they have beautiful colours? Thank you Karen for your thoughtful gift. 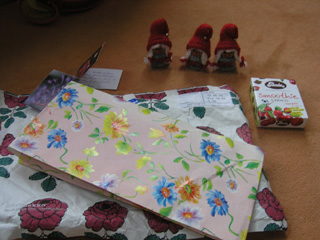 This beautiful package came from Ulla from Kotkarankki 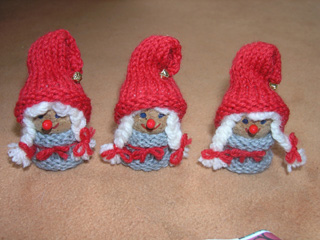 3 little Tonttus (Finnish elves) which I spotted in Villa Cooper on Ulla’s photograph and asked her about. They are made by a lady who also presents her craftwares there. Aren’t they wonderful! 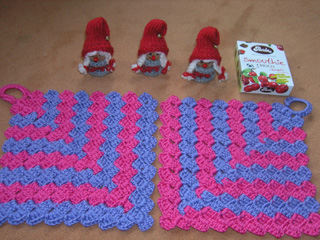 And in the parcel 2 gorgeous crocheted clothes. Ulla suggested that if I get lost in the lakes I could attract attention by attaching one to a stick and waving. We both laughed. I think they are wonderful and I love them. 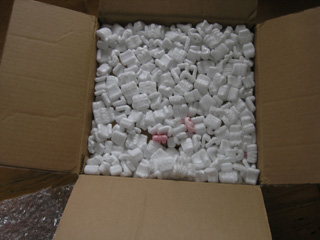 My final thank you came from Annie from Blissful Bohemian. There was a box within the box. 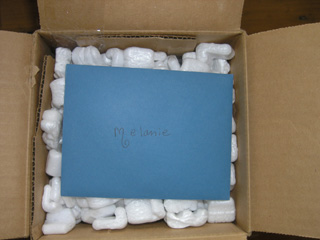 All so carefully wrapped. 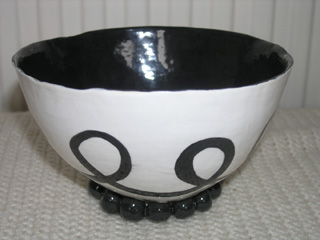 It was one of her gorgeous hand made and designed bowls. Please have a look at her other work. My photo doesn’t do the bowl justice. It really is beautiful and well made. I will share what I made especially for her once she has received it.

So thank you ladies for your kindness and generosity. It has meant so much to us at this stressful time. I feel honoured by your friendship across the seas. 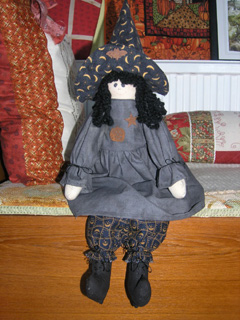 I haven’t been totally idle just not able to show all my makings recently. Here though is one birthday present I can share as she doesn’t read my blog. 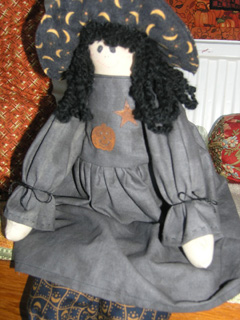 I think the doll is totally her style. 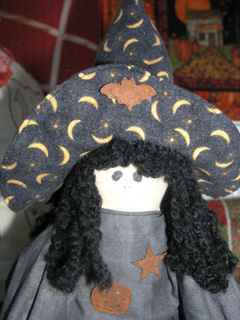 She was fun to make. 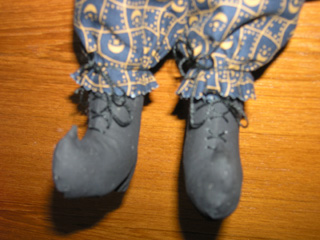 From the point of her hat to the points of her toes. 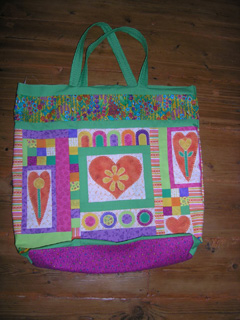 Then there was this. Here are the finished outer both sides slightly different. Below is of the finished bag including the inner in place. 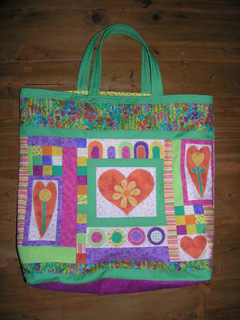 It was a birthday present made to be opened early by Deb from Angel and Pukeko. She is laid up facing back surgery, so pop over and say hi. 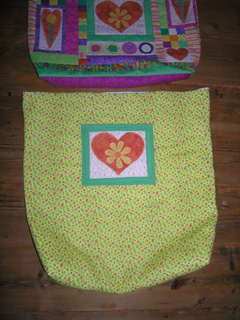 This is the inner with an appliqued pocket. 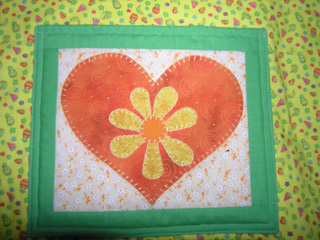 Close up of pocket. 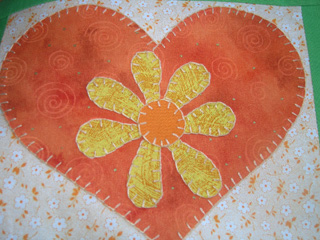 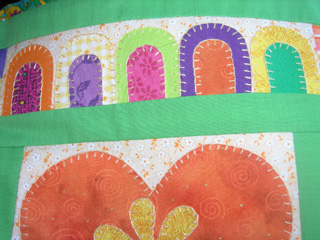 Other bits were blanket stitched on the bag outer.

My idea was to make the most cheerful uplifting bag I could for such a lovely special person. 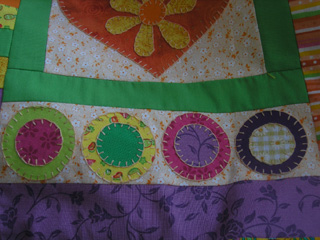 She said she is going to use it as a project bag on a sewing retreat she has booked. Perfect! 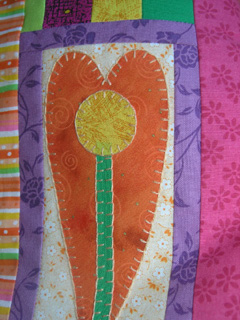 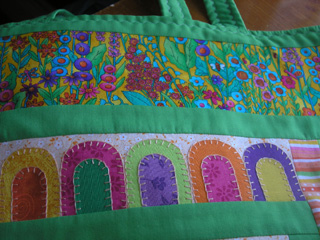 At least you can see the finished handles in this pic. 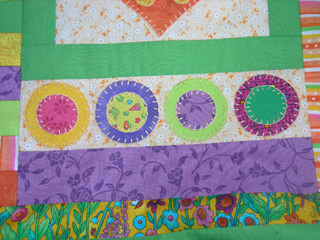 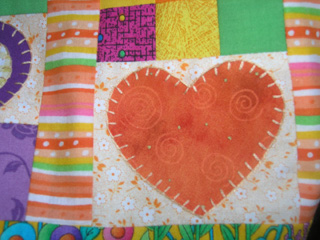 I couldn’t resist making a little matching pincushion with her initial on. 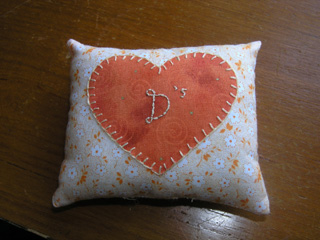 And a little felt heart for needles on the back. 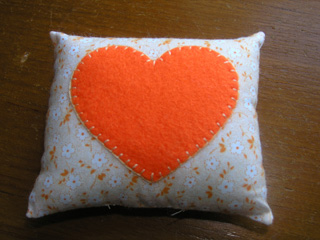 I don’t think anyone can have too many pincushions. 🙂 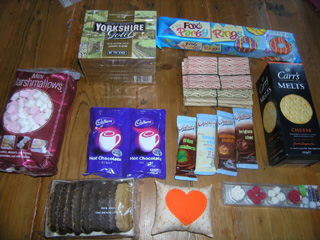 I was going to pack this lot in the same parcel until the post office told me the shipping price! I joked to Deb that I’d be beinging it in person on my airbed/lilo using my arms as paddles. LOL Anyway the Carr’s Melts (biscuits), and the Yorkshire tea came out, and the rest managed to get crammed into a light (cheap) envelope.

I am so glad I managed to bring a smile to your face Deb, especially as so many people had brought a smile to mine. I think that is the gift of Blogland- this close friendship and support through what life throws at us. Thank you all from the bottom of my heart for being the lovely people that you are.


Posted in Uncategorized by House Elf with 19 comments.