This is going to be a little short on words today. I’m sorry I haven’t been able to pop in on people. Promise to catch up soon. Angel one of our greyhounds pulled up on 3 legs after a walk in the dunes on Thursday evening. It was the leg she had a remaining metal plate in and part of it had come through her skin. The vet has her on pain meds and antibiotics and we are hoping it is enough to avoid an operation with her skin healing over again. Her bone is likely to have grown over part of the plate so the vet is hoping to aviod needing to remove it. She is nearly 10 1/2 so around 80 in human years and has been through so much in that time. Like the majority of greyhounds i England, she came over from Ireland, but when she coudn’t race, was dumped in the mountains in Wales with a leg injury. She fended for herself for over a year, so it took a long time to regain her trust. These days she is my constant companion just happy to be by my side or within earshot. I’m praying she will heal herself.

In the meantime here are a couple of pics of the canal. Old map above.

A large family of ducks.

A couple of pics of sweet Summer things in a shop window. 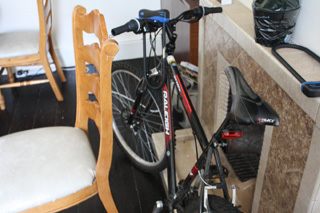 Back to Oxford for the final time. Magdalen Tower. The top is where Magdalen Choir Boys sing to greet the dawn on May the 1st. People gather on the bridge and road to hear them. Often there are a lot of other entertainments in the town and places stay open around the clock. The you tube video has a lot of links to other May Morning celebrations. Morris dancing, people wearing green, folk dancing all abound. 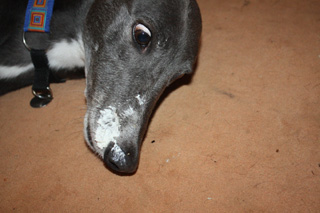 Now to look at the gargoyles along the High Street. Dragon. 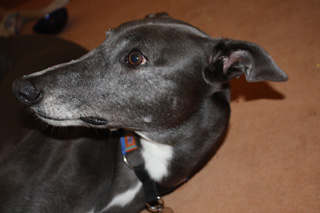 Do you think this one is of a man who argued with a mason? 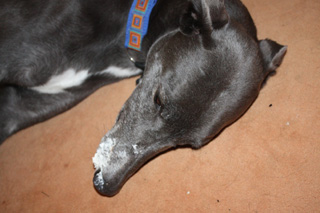 I wonder what the significance is of the snake and spoon.

Dog dragons like this somehow fuel the imagination of a child. 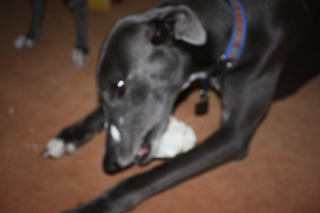 I wonder what he is thinking. 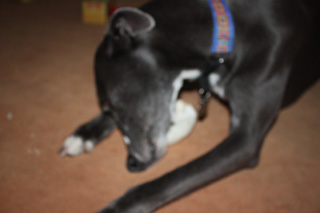 Did the mason immortalise the carpenter here with a saw for a reason? 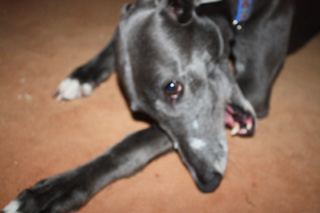 In the Medieval times instead of the old feudal system of king, knights and peasants, there came a new class of person -the merchants. The merchants were often richer than the landed knights and could afford to wear richer clothing. This led to a law stating that merchant status people could only wear certain things in certain fabrics and styles because heaven forbid that someone would think that they were as good as the landed gentry!

Can you just imagine being told you can’t wear something these days because of the job/status of your parents! 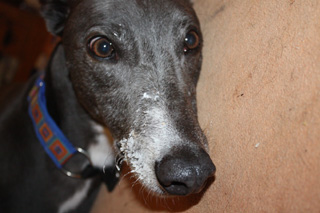 Maybe this is why masons revelled in displaying status of the people they carved?

I personally love the creatures of the imagination.

This little dragon is one of my favourites because of his sweet smile.

Instead of spouting fire, this dragon spouts the water channeled from the roof.

Well I never! I definately think this chap who looks like he was fond of his food, annoyed a mason.

A dog with hooves.

This is how they look on the wall.

I wonder who he was.

Lizard and people. I wonder if the mason actually saw a lizard in real life or just pictures.

Some even make you smile as they pull faces at you.

I hope you have enjoyed seeing a little of my home town. There is so so much more, so come over and explore it for yourselves. It’s the sort of place that inspires by the beauty of it’s old buildings and the way the council has kept a lot of the fields as fields around it. In this age where so many councils are hand in hand with developers and allow England to be gradually concreted over, flood land to be built on, and greed to be rewarded, it is so lovely to be able to walk among the old buildings and through the fields. It is good to be reminded that there is such a thing as a quality of life.

I hope to catch up soon and reply to emails. Thanks for your patience.


Posted in Uncategorized by House Elf with 21 comments.