Can someone please have a word with my Christmas cacti? It is May for goodness sake! Do you think it is acting up ecause I said I liked the bright pink flowering version?

I am about to share my home county for the next few posts. So be warned it will be a trip down my memory lane and I will get unashamedly sentimental.

This wonder is Burford Lardy Cake from Huffkins in Burford. I have longed for Lardy Cake for ages but it just isn’t sold up here in the North West. I had a few comments in the queue as I had a pile of them chin high. I explained and they nodded wisely. We take Lardy Cake seriously in Oxfordshire. LOL

This is the Windrush Valley. The RiverWindrush winds it’s lazy way along the bottom there. Cows drink in the shallows and sit in the shade of the willow trees. As a child I walked along it countless times. We’d go blackberry picking (and any other fruit) along the valley at the end of the Summer holidays, all 3 generations, to get enough fruit for my grandmothers jams and pies.

To the left is Burford. 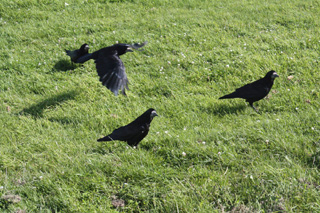 A little barn near the A40 which runs along the ridge of a hill.

Have a closer look. It’s made from local oodlitic limestone. When you have a chunk, you can often see fossilised shells in it- fascinating for a child.

Looking left you see a tiny church in the middle of a field, the village is long gone. The church is St. Oswalds in Widford built in the 1200s AD. The site had a Roman villa on it. You can still see part of the mosaic floor in a corner. It is possible that the villa had a church/worship site within it if it was occupied in the late Roman period as Constantine was a Christian emperor and encouraged his people to be too. So in theory, if there was a folk memory of Christian worship on this site, or a building of some description, the current building could just be a continuation of this tradition.

It is a quiet place only reached by foot these days. Very close pic can be found here and a bit about Widford here.

We are now going to be a little naughty so cover your face in boot polish, don your camo clothing and in we go. 🙂

The front entrance was only used by visitors in my day. Pupils walked around.

To the right of the front. The corner of the gym looking South towards the school farm. There was a beautiful herd of Jersey milk cows when I attended. Pupils studying “Rural Studies” were given a calf to rear in the Autumn term which would ultimately join the herd. This led to the school having a friendly well handled herd. 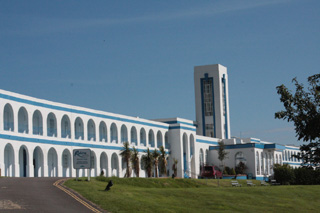 The A40 games fields. There were also the A361 games fields as well as courts for tennis and netball. The cricket and rugby pitches also doubled as hockey pitches for the girls. Back then only boys played rugby, cricket and football. The girls played tennis, netball and hockey.

The thatched roof pavillion was usually out of bounds at break times.

This decorated window is to the right of the front entrance.

This little building was put up in the 1930s I think. The Rev. Moody taught me Religious Education here. I think he said they were meant to be tempory back then as a between the war measure. I am glad it is still here to take a photo of. He was a great teacher. Once we had completed the syllabus, he gave us print outs of puzzles designed to get us thinking outside of the box. This was the 1st time I had encountered such teaching and it gave me a love of puzzles and learning for it’s own sake. An invaluable gift for which I wish I could thank him.

Next time I will take you down the hill and into Burford itself. My Grandmother’s ancestors worshipped here as far back as 1122AD according to the church records I was told about. 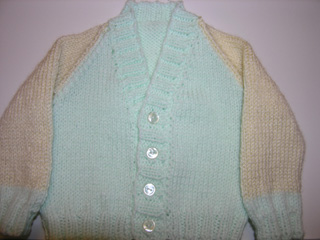 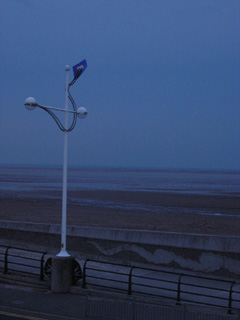 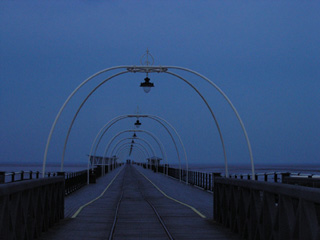 A knitted rabbit all sewn up last night. 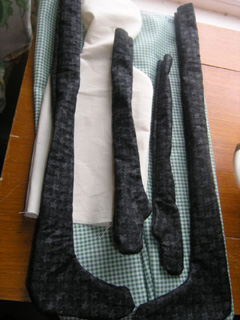 This is a sneak peek for the Christmas In July Swap I am taking part in. 2 items of the compulsory 3 are finished, so when this is done I’ll be able to make all sorts of little bits to add in. 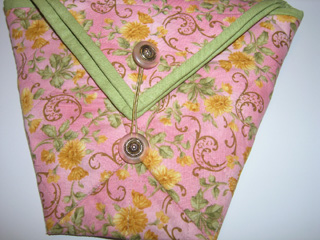 Ooo I nearly forgot this! I machine quilted a square and in Cupcake Quilters added a binding and folded it to make a multi pocketed clutch for all those bits you need when working on a project. 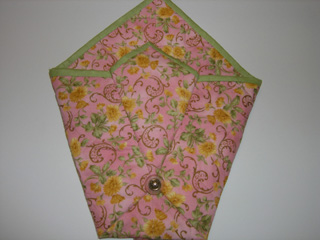 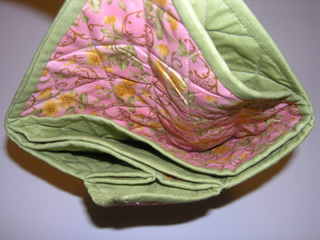 So that’s all for now. Daughter’s prom this evening, so I will be doing duty as a hairdresser and beautican to a star (yeah right I use nail varnish for painting more than for nails, and there are days I forget to even unplait and brush my hair when I’m busy) and of course being official photographer. After this she has the rest of her GCSE exams to get through, so she’ll be knuckling down to work again.

I hope you are all having a creative week.