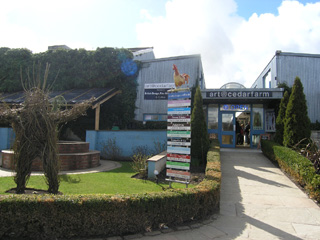 An English medieval tradition for Easter- Hot Cross Buns like in the rhyme (tune is in the link and history)
St Albans Cathedral are going to make some according to the original recipe.

With them are my fav biscuits- jam ring sandwiches. 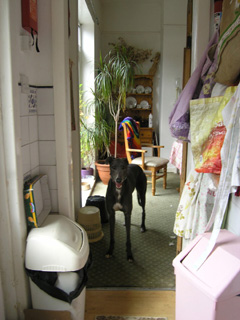 Sweet chilli nachos on a bed of fresh made salsa with jalepeno peppers, topped in herbs and cheese and served with sour cream.

Instant fodder for the hoards. 🙂

I went to the charity shops recently and found this gorgeous dotty flower pot for the kitchen. I think it goes so well with the quilt Jackie made me in the Time for Tea Swap.

And a huge rice bowl. See how the light shines through highlighting the rice grains in the pottery. I think they are a symbol of prosperity.

Here is the gorgeous dragon in the bottom of the bowl. I like dragons. 🙂

After I finished the minor alteration on daughter’s prom dress yesterday, she told me about her biology teacher going on maternity leave the following day and they were getting things together for her. Eeeek! 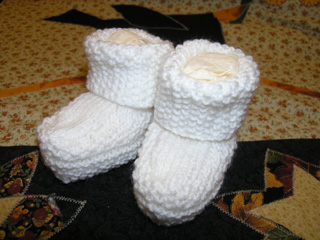 I picked up my needles and hurriedly rushed these off the needles grunting at the family for more coffee. It was late when I finished the hat. Bravely I finished the edge in double crochet…at least I think that’s what I did- I didn’t check in a book. Anyway what I did was consistant, so it looks alright. They are done in moss stitch/seed stitch, rib under the bootie turn ups, and stocking stitch. There was no time for the gorgeous 1930s inspired coat which goes with this set unfortunately. 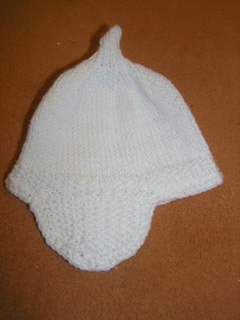 On the way home from Speke Hall on Saturday, we stopped at some ruins in Lydiate. It is next to a historical thatched roof pub called The Scotch Piper.

The sign for them was very battered: St Catherine’s Chapel. The pic below is from the same South side as the outline on the sign.

It was built by the Ireland family who were lords of the Manor of Lydiate (Lydiate Hall) from 1410-1683, around the year 1500 as a private catholic chapel. In 1550s however as part of the Dissolution of the monestries it along with other catholic places of worship were destroyed. Land belonging to catholic people locally was seized by the crown and given to favoured non catholic favourites in the court. Some of the Norris girls from Speke Hall married into Lydiate Hall in Tudor times, so I think the catholics were very close to one another even if the distances were several miles.

There are some Victorians buried here, and there are stories of jesuit priests being buried here secretly in times of persecution.

You get an idea of what the windows would’ve looked like- perpendicular style with stained glass.

Doorway and porch. There is a C19th description of a stone above this with the initials L I and C I but it is long lost. Usually someone needed something for a rockery in their garden. The LI is for Laurence Ireland. his wife was Catherine who came from the Blundell family. Remember their name from the nearby Halsall village? If they were catholic too, it could explain why as late as the 1600s the old service was continuing on in Halsall instead of changing to the new sort with royal approval.

There would’ve been pinacles at each corner of this castellated tower on the West of the ruin.

Archway to the tower

The North wall has no windows at all which is curious as it is unusual. Was the wind that bad? Had they fallen out with the stained glass window maker? Did the mason’s make a mistake? Weird! I wonder if they planned for a separate side chapel perhaps to a specific saint, but this didn’t get started because of the dissolution.

Looking up the tower.

Window details from the inside.

This east facing window would’ve been behind the altar. Some alabastor panels showing the life of St Catherine were found in the C19th in Lydiate Hall, and are presumed to have been rescued by the family from here centuries earlier. They would have kept them well hidden.

You can see the apex line of the original roof. This too would’ve been castellated based on an early C19th sketch. Most of the damage has occured in the last century.

There is a local legend of a tunnel between Lydiate Hall and here, as they were owned by the same family.

The notches for ironwork for the door.

A last look at the east side before reminding myself that in spite of the cold wind it really is Spring.

For those who wish to accompany a walking party of 1852 from Southport click on this link. They were disappointed at it’s size as it had been mis-described as an abbey for years.

Can any of you guess what building I hunted down on Sunday? -next time. 🙂


Posted in Uncategorized by House Elf with 20 comments.