Oct
23rdOoodles of catching up

On Sunday we went to see Seasick Steve in Liverpool. The support act was Amy La Vere from Memphis TN. I was impressed with her voice. The gig was very crowded and hot so we left before Seasick Steve’s encore. I got hubby to write the name of this track down so I could hopefully find out more on You Tube.

Anyway as we were leaving there was a place to buy CDs and who should be there but the lady herself. She was very happy to sign the CD. I think I managed to blurt out that she had a wonderful voice but when you’re dripping with sweat and there before you is the daintiest polite spotless lady, it’s not easy. LOL

Ulla from Finland sent a marvellous package with craft straws, old Finnish patterns and a little about her culture as well as a marvellous bar of dark chocolate and Finlandia by Sibelius. I have it playing right now- beautiful and emotive of her country. Thank you so much Ulla. 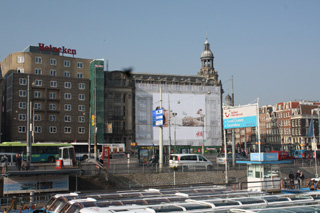 So this is what our little patch of England is doing right now. 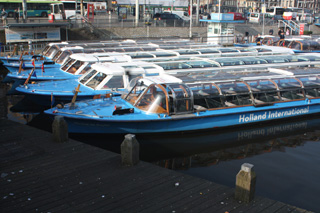 The trees are getting bare but 2 of the hounds enjoyed pottering about on a walk. 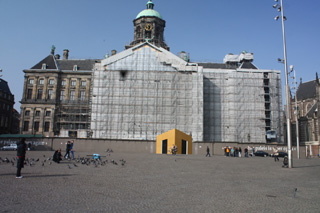 The sun even came out. 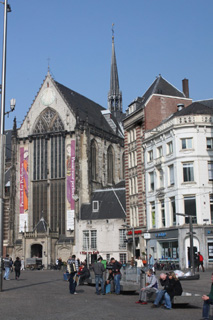 These are the local allotments where people rent the land from the council and use it to grow vegetables. 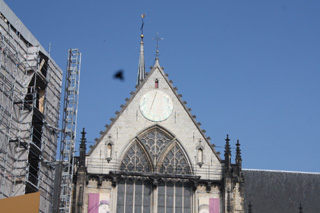 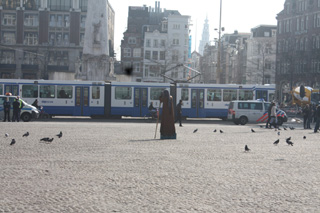 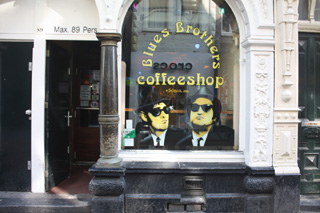 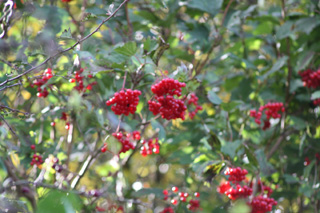 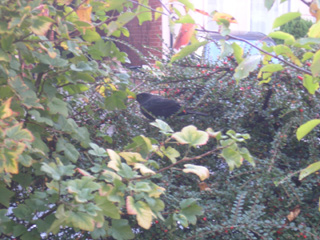 I finally got a better photo of the ouzel cock- blackbird male who likes cotoneaster berries. He has a beautiful voice of many songs.

I now bring you a bad pic of the hail that fell the other night! It was so noisy as well as being very early in the season.

The next plague was one of water- the little fish tank with Rudolf, Bramble and Sliver in started to leak. I think we realised just in time before a lot of damage was done. By pure chance the shop nearby was stopping selling their fish so was selling off their used tanks for £10. This one is the new bigger one. The trouble is they all prefer to hide in it. I think they are in awe. 🙂

I’ve been in the charity shops again too. This tray reminded me of Kaffe Fassett’s planet range of fabric. I couldn’t not take home the 70p pear.

Some of these mats were hand crocheted and selling for a few pence. So much work had gone into some of them. I am using some of them already. I would like to think that whoever had made them was happy that they had found a home where they would get used.

I fancied making this stool from a kit too- again a huge bargain. -The things hadn’t even been unwrapped!

These were a few charity shop bargains I forgot to photograph before. I broke one of my Chinese cups and found 4 to replace it! I was so happy and almost dancing a jig in the shop. Hubby spotted the treble recorder. I have some old wooden recorders but you have to let them warm up before playing and keep them in good order. This plastic one is ideal for just tooting on. The children and I will probably make candles during the half term hols next week. I don’t feel that I’m over the Summer hols yet.

The fabrics above currently look like the pic below. I still have to blanket stitch the stars and sew the bias binding down.

This little stitchery got sewn onto the felt Halloween sack pictured below.

The sack has lots of rusty tin shapes, a witch, crow, star, a couple of pumpkins a ghost and some berries in.

I made it at Patched Pumpkin on a day class.

This felt and fabric witch and cat door stop was also a class.

I got the other Halloween decorations out so the tree is up and the wooden ghost from last year’s makings is out. I’ve shown the witch pot holder and the 2 cones before.

A cosy fire as it’s been so cold. We’re 14C during the day at the moment but it drops further at night. In fact it’s the weather for game pie. This is a very old recipe so I only have lbs details. England switched to Grams in 1971 but most scales here have both so I can follow old recipes.

Cut the game into neat pieces and marinade in the wine for 3 hours (I also marinaded the bacon).
Put the steak into the bottom of the pie dish. (I made 2 shallow pies instead of 1 deep one)
Sprinkle with a little of the finely chopped onion, herbs and mushroom. Season with salt and pepper.

Remove the game and brown in a pan with the butter and olive oil.

Put them into the dish on top of the steak. Add the rest of the mushrooms and herbs.
Moisten the pie with a mix of the stock, the frying pan juices and the marinade juices.
Cover in flaky pastry and gild with egg yolk.

I cooked these at Gas 7 for half an hour then reduced it down to Gas 5 for another hour. If you worry about it burning you can cover it with foil.

Serve with seasonal veg for a truely traditional Autumnal meal.

Now this is what Karen and I have been working on. Go over to her blog to see her take on the pattern. I added a few symbols like a stable and star, holly and fir trees. to the original design.

Currently I have:
1. the crow zig zag border to hand sew, then back and bind.
2. a 16 count aida horse cross stitch.
3. the season cottages to finish with a centre applique, back and try to quilt.
4. oodles of ideas and not enough hands.

So that is what I’ve been up to which is why I now need to do a huge catch up with all of you. I can’t believe it’s been a week! I need to answer emails too.


Posted in Uncategorized by House Elf with 16 comments.