The finished aran- got it sewn up last night. It took 3 weeks and all my spare time so I’ve had little to show here.

It looks grey on my monitor but is actually a fawn /beige colour.

The children’s felting attempt from the craft day at the castle. 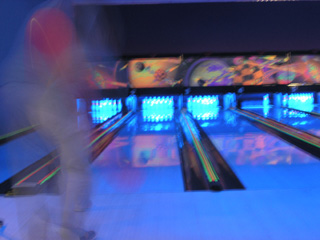 A few grams of dyed wool from the “Lakes and Lancs guild of weavers spinners and dyers”. 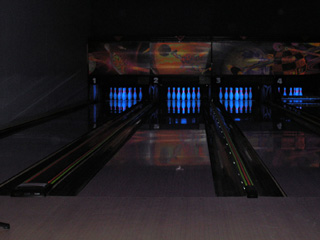 The metal plate from Angel’s leg. She went to the vet yesterday and had the heavy dressing removed. She is now down to the equivalent of a plaster covering the stitches. The specialist is really pleased with her. She is her normal self and on antibiotics. 🙂 I must post a pic of her!

There have been other goings on with the petition against the development of the house at the bottom of the garden. The petition has been finally allowed after I kicked up a fuss. The developer wrote to all signatories (the petition became public record) asking them to remove their signatures or he would fill the house with migrant workers and/or benefit dependants (DSS) if he couldn’t turn it into the pokey flats he was wanting. I was very cross when one of the people told me what he had done (he hadn’t asked me to remove mine or even told me about his “anti-petition”) and worried about the alone elderly people who had signed. One lady in particular was taken by ambulance last week and was told by the crew that she would’ve been a goner if she hadn’t used her emergency button to summon them. (She had colapsed on the floor). Anyway she had been recouperating with her son and only came home the day he delivered the letters. In the end I went over and sat with her. She’s a feisty lady and said she’d use his letter to light a fire. LOL Another lone lady had her daughter with her and was cross about it saying the builder had a cheek.

Last night hubby and I delivered letters to all signees letting them all know that they weren’t alone in being targeted by this blackmail and that the planning meeting is scheduled for the 4th of June now and that they can attend. As I’m allowed to speak to the Planning Committee, I asked if there was anything in particular they wanted me to say. This bit terrifies me as I don’t do public speaking. It is necessary though, so I’ve got to be brave. Hubby said when he was delivering, one couple were so incensed by the builder’s letter to them that they were on their way to see our MP. I had already spoken to him on the phone and sent him a scanned PDF of both the letter he sent me and the letter he sent the signatories. He gave me some advice as one of his curent concerns is rogue landlords not keeping their houses up to full spec. and putting their tenants lives at risk.

Sorry not a lot of crafting- so much energy and time being taken by the aran and this petition. Today we are celebrating hubby’s birthday. Son is off to camp on the actual day so we are having fun today. I am just so relieved the aran is done! The weather is gorgeous. If it continues we’ll eat outside. Last night we had a barbeque which was fun- I was sewing up. LOL

Now I’d better see what you have been up to -I can’t believe it’s been a week!