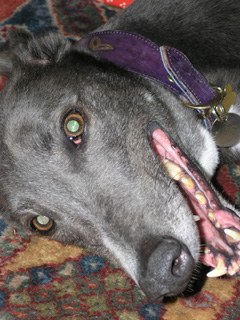 Knitted fat robin ornament – another one for the Christmas box. I am getting prepared here as I don’t want the mad rush of last year where I was practically sewing in my sleep! It’s another of the Jean Greenhowe’s designs. I am amazed by her cleverness.

Finished Spring cup/bucket. Easter egg gifting? Dried flowers? The designs for these came from a picture. I transferred them onto fabric with a water soluble blue pen and then stitched them with pellam as a backing. The pellam was enough to give the cup it’s shape. Does that answer your question Kate?

Could be done in Christmas colours too to make a matching pair with the Santa one. There’s not a tradition of putting cups on the Christmas tree in the UK Aims, -it’s usually a few chocolate coins. Perhaps you could fill them with fir cones sprayed with a Christmassy smell and hang them up like decorations? 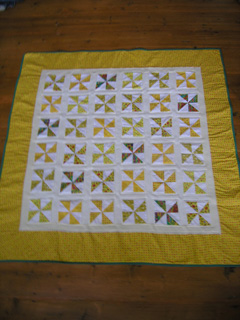 Saying farewell and having a picnic before their long journey to a fellow blogger.

Saying hello- these are the 3 new arrivals. I’ll have to update my profile now to include 3 Giant African Land Snails. 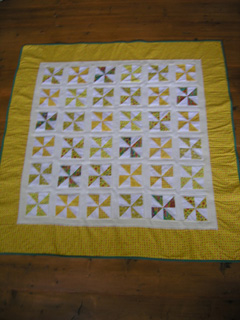 Left to right: no name as yet, El Snailo, and Miss Raspberry.

Hi everyone. It’s been mad-busy here you wouldn’t believe how busy I’ve been or what I’ve been doing!

Last night the council planning officer rang and arranged to come over this morning. In a fit of something totally out of character, I wrote a letter to all the neighbours asking for their signatures to object to the proposed flat conversion of one of the old Victorian houses (the one which backs onto our rear garden). By this morning I have had 17 signatures! I gave them to the planning officer and she suggested that I could make a representation in person to a full committee if I got the official backing of our councillor. She would need to know by tomorrow what I’d like to do. Eeek! Frightening stuff playing with grown-ups. It feels like few people want to be living near these proposed flats. Maybe we are a community? LOL I was thanked for organising this. If nothing else, people know that the builder hasn’t had the official go-ahead for what he is doing, and that they are not alone for not wanting this. So far, I know I have done all I can to keep this a pleasant place to live.

So her visit prompted further cleaning and tidying. Why does dust stack like snow against a hedge in the edges of a room? LOL No it wasn’t quite that bad, but I was surprised just how dusty things were. I’m blaming the bright sunshine making me see it. At least the windows were clean and passed the sunshine test. 🙂 Have I mentioned how much I’m loving the days of sun we are finally having?

I’ve started hubby’s birthday present- a fiendishly hard aran in a beige marl part wool yarn. The last time I made it was before the children were born possibly before we were married? Oh good grief, my brain is mush some days. Can I still blame childbirth? Anyway it took ages and I wasn’t as fast at knitting back then. When he wears it, I see things like where I increased leaving a slight hole (now know better) and it irks. I just hope I have the staying power to keep going with it. I have until the 16th of May after that it is late.

I’m also going to make more birdhouses/barns but this afternoon I’m off for dinner with my elderly neighbour. Should be fun. She lived in California for a while and is so interesting to chat to. I’ll see what she thinks about this representing the area to the council committee.