Jan
3rdoodalaley golly what a day 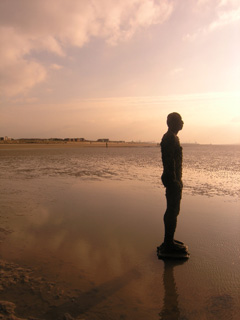 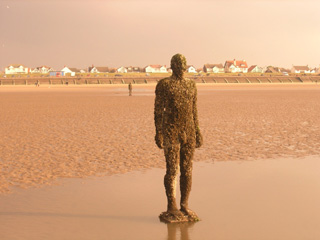 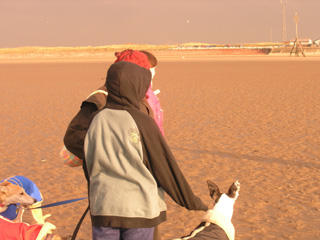 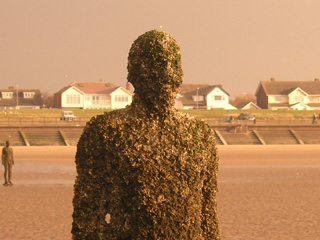 First we went to Crosby beach and saw lots of Iron Men in the sand. Surreal! Very cold too. It was snowing when we left the house, but had gone by the time we arrived.

We then went to a place where son had won a raffle prize, to collect it. On the way back, I saw a dog darting across a busy road. It went down the road we were going to go down so hubby pulled over. I saw the dog and went near it- he appeared friendly so I got one of our dogs’ leads and he got in our car. 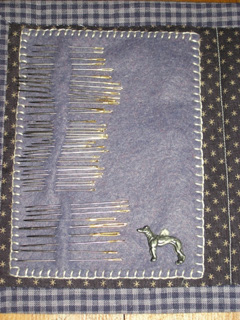 As you can see he is very thin. He looks old but his teeth are in condition. He is a good lad- takes food nicely, gives paw, sits and learned down fast. I think he is a labrador collie cross. 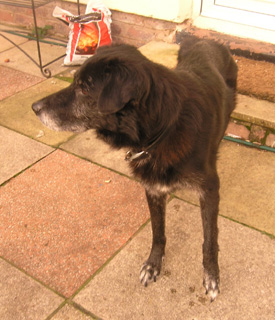 We’ve told Doglost who were brilliant when someone stole Angel from the garden thinking they could work or breed from her (how little they knew her!). After feeding and watering the poor chap- so so thin! We also told the dog warden who asked if we could take him to the local police station. We did but the station said they couldn’t take him as they had the cleansing department in after an outbreak in their kennels of something nasty. So we have hime here until tomorrow morning when the dog warden can collect him.

Update: had a phone call from the police saying an owner had come forward. We said she could come to the house and see if he was hers. Anyway he was hers -he is Eliot and is 12 years old. He’s thin due to some recent digestive trouble. How lovely to have a happy ending for him. In the back of my mind I was so worried that he had been chucked out for Christmas as he was so old. I wish I wasn’t such a blubber-wuss, but I am where animals are concerned. I can sit through all sorts of tear-jerker films totally dry faced, but animals…well. sniff. they’re different.