This is what I have just written as a Facebook post, to try to help rescues out in Cyprus. 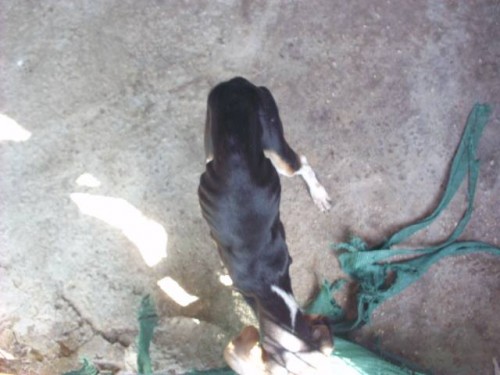 The story I’m about to tell isn’t unusual for Cyprus. People who help at shelters, and foster carers will tell you how it is almost routine. This is our Tia Maria’s story. 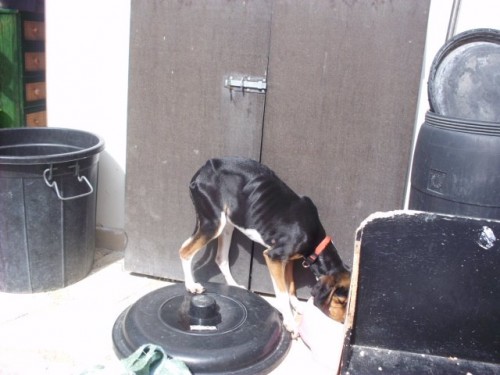 Imagine about 22 dogs crammed into an old cow shed in the Limassol area. The shed has a tin roof which leaks and which makes it hot in Summer and cold in Winter. Every drop of Winter rain would drum deafeningly loud and make puddles on the uneven concrete floor. There was little in the way of food. The most aggressive dogs always got there first whilst the more nervous ones went hungry. Faeces were piled up by the shed attracting flies. As everyone knows, flies and ticks spread disease. In Cyprus this means the lethal diseases of Leishmania and Ehrlicia are spread when an infected dog is fed on and the tick or sandfly lands on a healthy animal. Yes there are collars which can prevent this for as little as £12, but a dog’s life isn’t worth that to many in Cyprus. There wasn’t even any bedding on the concrete floor for the thin dogs to pad their bones against the cold concrete. 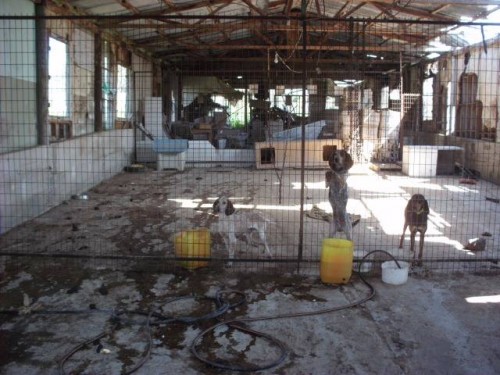 2 animal lovers came across this sight and saw inside and were shocked, even for Cyprus, at how thin and uncared for these dogs were. They went away shocked but couldnt get the place out of their minds and so reported the place to the proper authorities. They went back the following week to see if there was anything they could do or had changed . 10 of the dogs had disappeared. No one knows where they went. Who in Cyprus would buy a painfully thin hound when there are lots of new puppies with less health issues who may be better at hunting? It is likely that they were killed and died unloved, unnamed and forgotten.

A tiny hound looked up at one of the animal lovers with puss dripping eyes, begging not to be left. Without thinking of the consequences, the animal lover bent down over the barrier and pulled her out.

The 2 ran full pelt to a car and headed straight to the vets. She was in an awful state and had Ehrlicia as well as being so emaciated that she was close to death. The vet understood the urgency of letting the animal lover run up a big bill. Vets in Cyprus have to be understanding, as they see so many life or death cases. The tiny hound had several baths before just the stench of the cattle shed was out of her coat. She only weighed 5kg, less than half of her proper weight. She slept for 4 days straight, finally feeling safe. 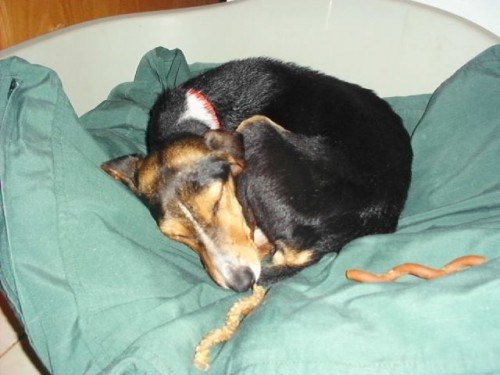 Underneath all the bites scars scabs and illness they could see she had the most amazing eyes so she was given the pretty name of Tia Maria and started the long road back to health.

A family from the UK visited the foster mother of a dog they had previously adopted and met her. They were looking for a little friend for their dog to play with. Tia Maria was told she would be perfect as she loved to play and had a mischevious character . A pet passport was arranged. Many people helped in Cyprus and Tia Maria was brought to the UK.

She now has her own PACK and her own FAMILY.
OURS 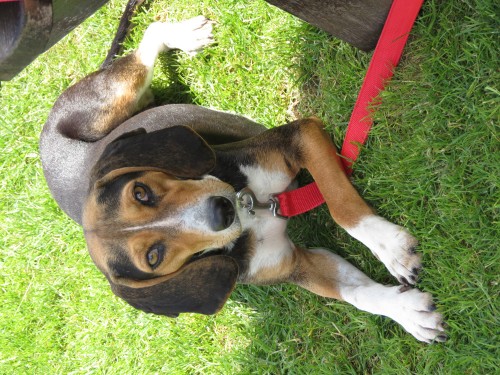 This is just an everyday tale from Cyprus. Tia Maria is an ordinary little hound. The rescues are full of them thanks to hunters over-breeding with little sense of responsibility. The pounds are full of stray dogs but only for 15 days if they are lucky. Then they are put to sleep by whatever method the local municipality has arranged. Animal lovers which are 90% Cypriot are running themselves ragged trying to raise funds for the ones in their care while still managing to take care of them. Foster homes are at bursting point. Every day there is a new cruelty case which needs funding. Every day more dogs are abandoned. Every day people who care about animals are struggling to cope.

It’s the difference between life and death for a dog. For every foster dog, or shelter dog adopted, a place is freed up from a death pound. Maybe one of your friends or one of their friends will have a connection to the dogs photo and fall in love like we did with Lyla our first Cyprus rescue. 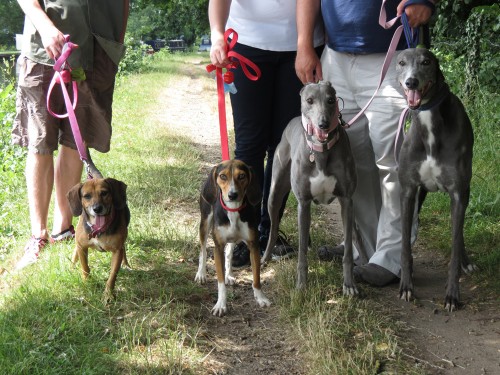