Mar
15thLyla has arrived! (and makings). 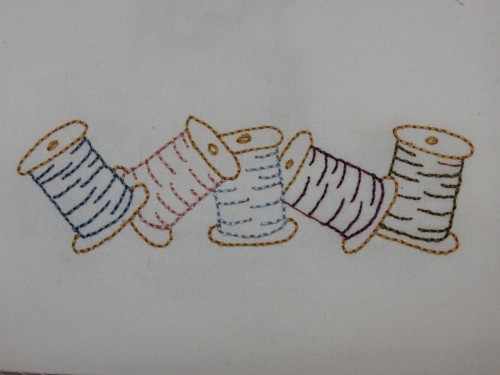 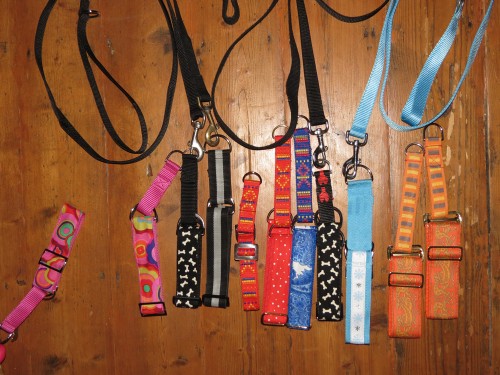 I got busy  yesterday with the webbing I bought when I was making a collar for Lyla (on left in cerise Kaffe Fassett fabric). 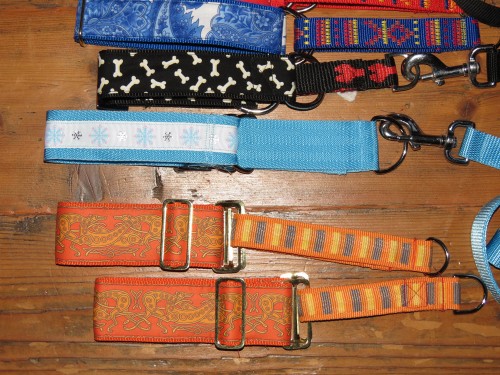 I used most of the metalwork I had as well as some fabric and some braid, Celtic greyhounds on the orange fabric. 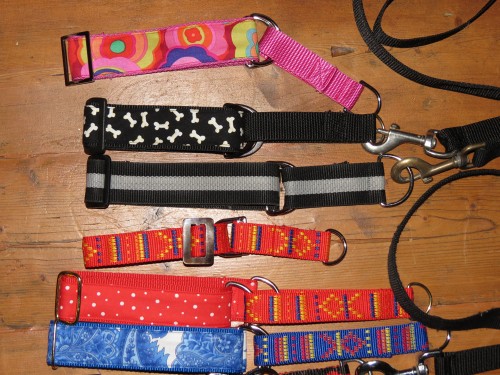 Most of the leads were heavy duty 6ft ones which can be used in half for short lead work.

These got handed over to Jodie Cyprus Rescue last night when we picked up a tiny and exhausted Lyla up.

We got to bed at 4am so just imagine what a journey she had had since 5am the previous day to fly to us. 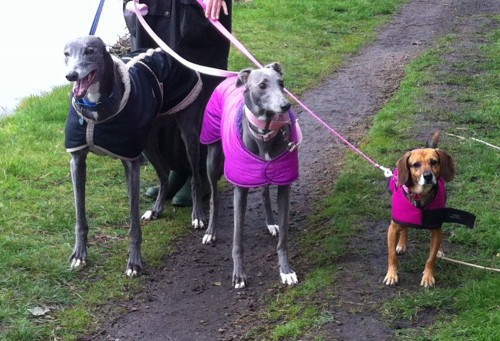 We waited until morning when we were all a bit rested before taking her on a walk to introduce her to Bungle and Squeak.

Everything went really well they were all polite and ended up having a romp in the garden. Lyla chased Bungle so he ran to Master with an “Eeek girls!” worse than a public school boy. He really does think he is smaller than a chihuahua which is silly for a 29″ lad. It makes for interesting lap cuddles though when he tries to squeeze into a small space. 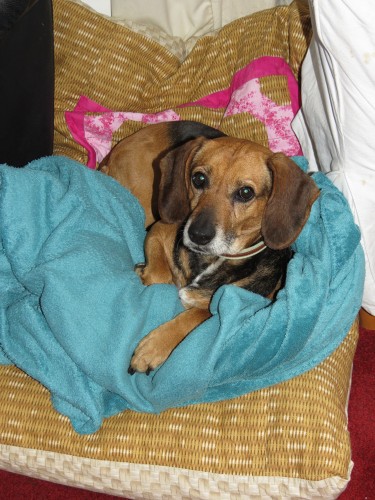 Right now Lyla is in her quiet corner downstairs behind me. Squeak has the little sofa beside me and is asleep. Bungle is hanging out with son in the study. This room is obviously far too girlie for him now. 🙂 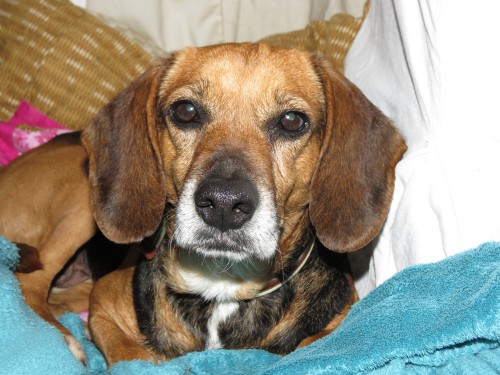 She is much smaller than we expected- more the size of a Jack Russell than a Beagle. I can’t understand how someone could just dump her in Winter with snow due and a tornado. Just look into those eyes and try to justify it. I can’t. She was too terrified to even eat. 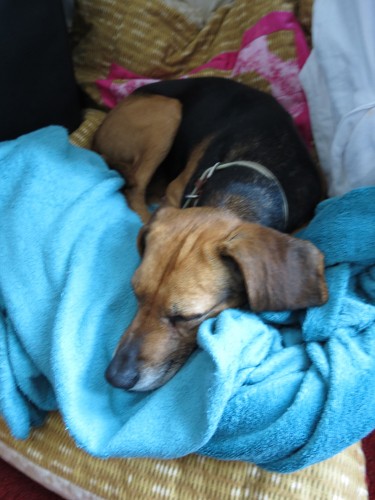 This is how she is now- sleeping after nearly 24 hours of drives, flights, and more drives. Her foster mother for the month in Cyprus for her rabies vaccination period has done wonders. It has taken a whole team of people both in Cyprus and the UK to make this miracle happen from Christina spotting her hiding in a tyre. There are 4 videos of Lyla which tell her Cyprus story including one from her foster home. It is wonderful what can happen when people work to a common good.

Right now though I am going to have a nap 4 hours sleep wasn’t enough. Will pop in on everyone as soon as I can.


Posted in Crafts, Uncategorized by House Elf with 10 comments.