I had to share this new blank book with you- perfect!

My 1st ever doll Miss Crumble has also come visiting. Yes the black candle really does smell of licorice! 🙂

These are close ups of my sister’s work. They are a bit battered from being stored. She told me how the actual corn dolly varies with each region and each style has a name.

This real corn doll is my fav piece by her.

A few more familiar October faces on the wall.

Now remember we were about here? Halsall Church, Lancashire.

This is the parish church link.

I walked back up through a beautiful side garden. This arch was so beautiful. I would’ve grown roses over it rather than passion flower.

I think these bushes were helped to make ths arch.

Notice the shaped edging stones on the edge of the graveyard?

A sad reminder of World War I- the iron railings was even taken from the graves for the war effort to make war machinery.

Look at this medieval couple! What detail just on the top of a butress.

At last 2 windows I can see! A monk and a bishop. I am so looking forward to going here on Sunday and seeing these windows with the sun streaming through them. Sadly so many churches are kept locked because of thieves and vandals.

Another beautifully carved cross. I remember those green marble chippings being in Oxfordshire too. I loved the feel of them in my hand when I was little. Then I’d be told off and told to put them back.

You can still tell that these flowers are a rose, a daffodil and a lily. I think the lady must’ve loved flowers.

Just looking over the graveyard you could see that there were trends with shape and motif but also that people tried to give a sense of their loved one too. It was heartbreaking to see just how young some of the children were, and how loved. Sometimes you think of the Victorians as being hard, with large families. Yet just from seeing just how much thought was put into their headstones, these lost children were loved, missed and grieved for.

Something else which struck me was just how many of the surnames were place names locally. 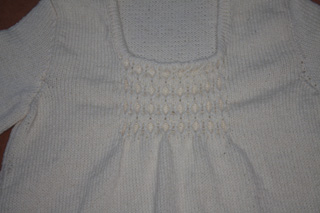 This building was once a pub according to hubby. Now it houses an accountant firm. 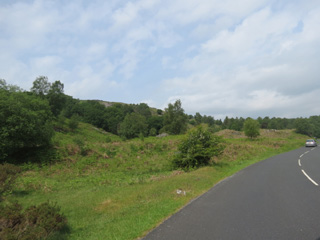 Opposite it stands this war memorial. The base is from the 1400s AD for an older cross.

Traditionally if you had 3 sons, the first would get the land, the 2nd would be a soldier so he could fight for his own land presumably, and the 3rd entered the church. (One heir, one spare and one to marry them well). This could be why so many of the rectors of this parish were also surnamed Halsall like the lords of the manor.

The Old Rectory, Halsall (from a Drawing)

This is the New Old Rectory now Halsall House as mentioned in the last post.

Now for a spot of gos- back in 1530 curate Thomas Kirkby was the subject of an appeal to the chancellor of the duchy by Thomas Halsall, lord of the manor, on behalf of himself and the inhabitants. The parish, the complaint states, was a very large one, worth £100 a year or thereupon; and Thomas Kirkby was accused of visiting the sick and persuading them to make their wills, telling them they were bound to leave him something; of denouncing those who had deprived the curates of their mortuaries as ‘accursed,’ and telling the people in his sermons that the souls of their parents were burning in hell or purgatory, and many other ‘seditious and erroneous words’; of taking parts of the tithes which the rector had leased, although as curate he ‘kept no household but lay at board in other men’s houses, and at the ale house by the meals’; of using menacing words to the parishioners, calling them knaves and other ‘ungodly names,’ and then going straightway into church and saying mass and other divine service; and of being a great meddler in temporal business, otherwise than a priest ought to be, dealing in cattle and regulating the disposal of the rector’s tithe corn. The answer was a denial of all the accusations. See Duchy Pleadings (Rec. Soc. Lancs. and Ches.), i, 198–200.
The curate brought countercharges against the squire. Thomas Halsall would not allow him to say mass in the church, and threatened to draw Kirkby away from the altar should he attempt to do so. He once made one of his servants lie in wait to kill the curate, and again sent seventeen of them to the house of William Prescot, where he was at table, with orders to drive him out of the house or else kill him; they actually drove him into the next parish and forbade him to return. In the middle of the following night some of the same men came to the house of Gilbert Kirkby (the curate’s father) in Aughton, opened the window of the priest’s room with a dagger, and with ‘a coal of fire’ kindled a ‘burden’ of straw, intending to burn him to death, but being fortunately awake he escaped; Duchy of Lanc. Pleadings (n. d.), xxi, K5.

Back then the parish boundaries were a bit like the state line in the US today. If you got a beggar coming into your parish, you’d often make sure they left. People were only responsible for supporting their home grown poor.

These are some of the young fields I spoke of before to the NW of Halsall. Some crops I saw were wheat, carrots, potatoes and there is a farm which specialises in beetroot.

Here though things are harvested.

And being harvested while the sun shone.

This photo is almost like a history of C20th barn building from right to left.

If you click on this pic you might just see a V formation of pink footed geese coming in to Martin Mere –Wildfowl and Wetlands Trust centre. They fly like great noisy squadrons. 🙂

Hayledge all stacked up and wrapped. Think pickled hay for winter fodder.

This link has some good local photos including Scarisbrick Hall designed by the same chap Pugin who did the Houses Of Parliament in London.

Some straw still standing in a field. Al least like this most of the rain will roll off them. The small rectangular bales have to go under cover quickly.

So from the harvest in the field to hopefully a Harvest Festival in the medieval church of Halsall. I am really looking forward to that. What is your harvest this year?

Sorry no crafting in this post- loads on this weekend. I love these cottages that people are doing- so imaginative.

Go here if you’d like to donate 4.5″ squares of fabric to be made into 4 quilts for Stephanie Niesen’s children. All the info is on the site.