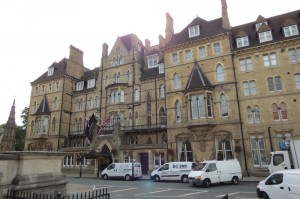 I was thrilled when my dear friend Ulla in Finland said she was visiting England with her daughter Kaija. We met up in Oxford for the day and I walked their legs off. (Sorry Ulla and Kaija.)

Above is the Randolph Hotel on Beaumont Street in Oxford- a familiar sight for Morse fans. 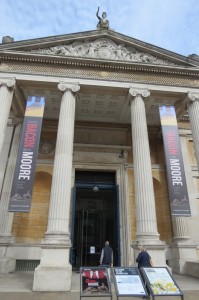 Opposite is the Ashmolean Museum. It is VAST so we had to choose what to see. 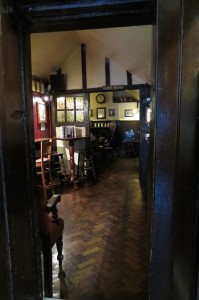 Around the corner is the Eagle and Child pub 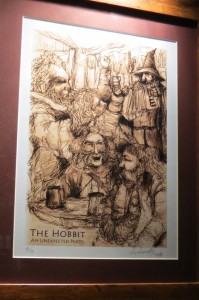 where The Inklings used to meet to discuss their writing. 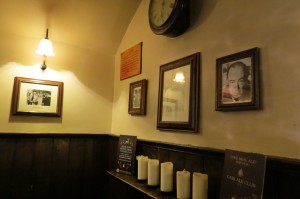 Narnia and Middle Earth were 1st spoken of within these very walls. 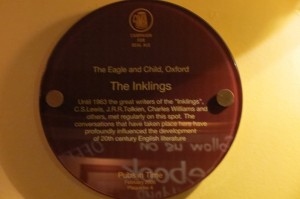 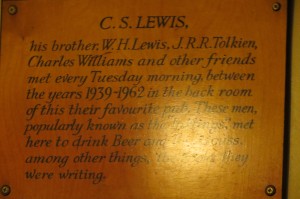 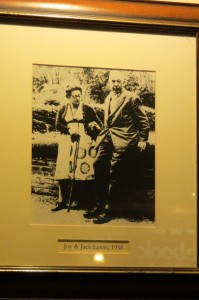 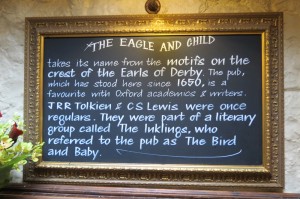 We had lunch there and then toured some of the city. 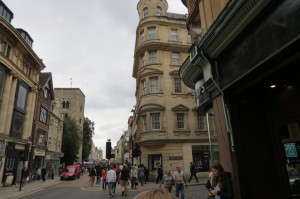 We walked south along Cornmarket Street.

The late Anglo Saxon tower  (oldest building in Oxford) on the left is St Michael at the North Gate. The gate to the north of Medieval Oxford once stood over the road just beside it. There was a bocardo (prison cell) over the gateway where once a young undergraduate Sir Walter Raleigh (1552-1618) once spent some time after fighting with the townies. 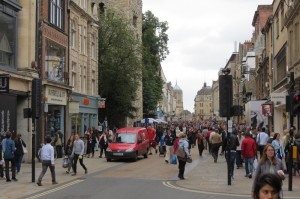 William Morris and Jane Burden were married here as her family lived in the city. Her brother was an ostler down St Helen’s Passage and her family lived off Holywell Street, – I will take you soon. Morris was from a well to do family so he was marrying far below himself. His friend Rossetti was horrified that he would marry a mere artist’s model. 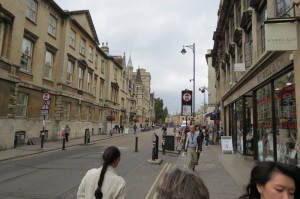 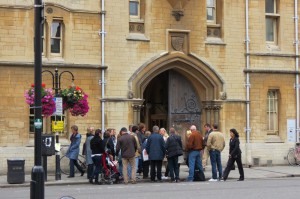 Balliol College is on the left. 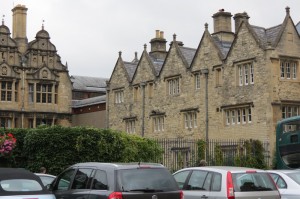 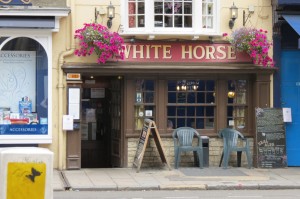 and the White Horse pub- another familiar Morse sight. 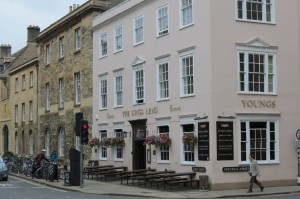 At the end of Broad Street stands the King’s Arms (Morse) on the corner of Holywell Street and Parks Road. 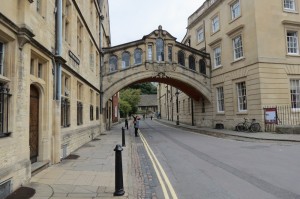 Turn right down Catte Street and then left down New College Lane and you come to the Bridge of Sighs which is part of Hertford College. 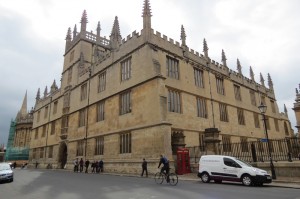 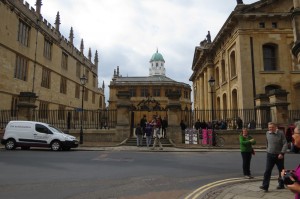 The Clarendon Building is on the right of the library and the Sheldonian Theatre can be seen in the centre of the photo.  (The Emperors’ Heads are in front of it on the Broad Street side)

But now let us turn and walk under the Bridge of Sighs and turn left down a narrow alleyway called St Helen’s Passage (Jane Burden’s brother worked here)  to the Turf Tavern. 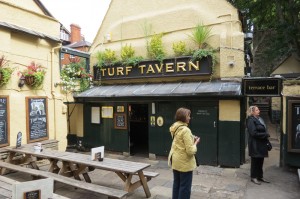 And then walk back to Catte Street and explore the Divinity School and  Duke Humphrey’s Library part of the Bodleian. 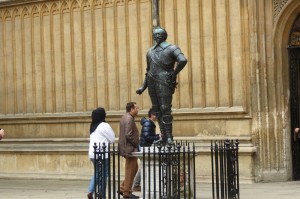 Inside the Schools’ Quad. 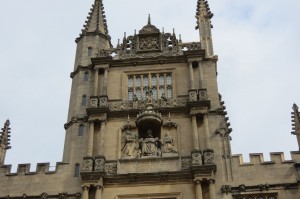 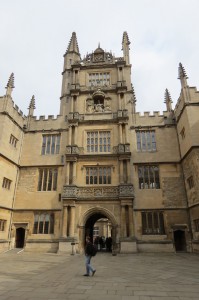 Tower of the 5 Orders (of  classical architecture) Tuscan, Doric, Ionic Corinthian and Composite in ascending order. 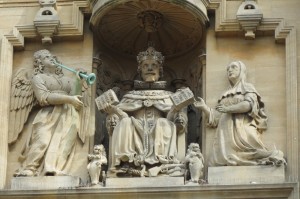 Next time the 2nd part of Ulla’s Oxford.